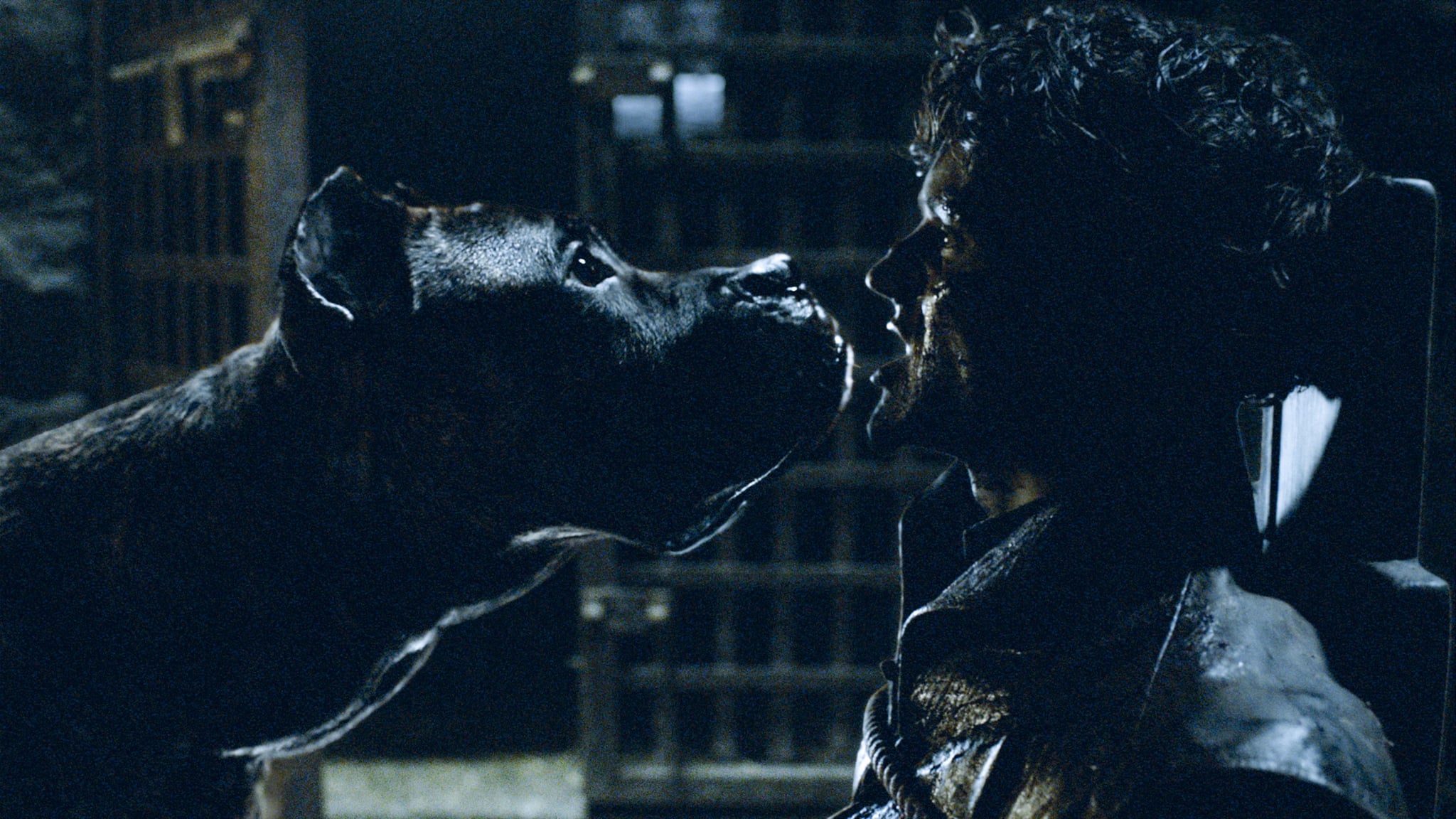 Episode nine is (in this editor's mind) the best episode of Game of Thrones' sixth season, and possibly even the series as a whole. Jon Snow is pitted against Ramsay Bolton, and in the end, the Starks prevail over the monster. Jon beats Ramsay to a pulp, but the villain dies by being ripped apart by his own hungry dogs. He calls the pups loyal, but as Sansa points out, no creatures are loyal when you starve them for a week. Actor Iwan Rheon spoke to Entertainment Weekly about his character's gruesome demise; here are the highlights!