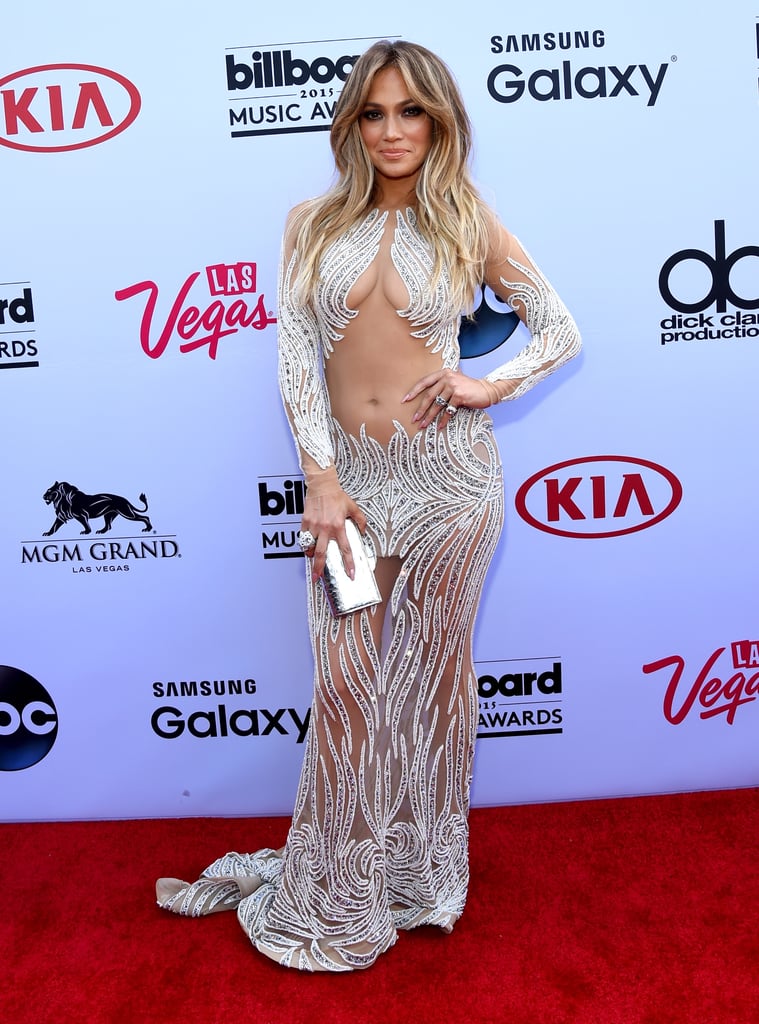 Jennifer Lopez followed up her nearly nude Met Gala appearance earlier this month with another skin-baring look at the Billboard Music Awards in Las Vegas on Sunday night. She wore a sheer, beaded gown and posed solo on the red carpet on her way into the show, which was held at the MGM Grand Garden Arena. J Lo will soon be spending even more time in Vegas, since she recently announced her plans for residency at the Planet Hollywood Resort and Casino. She'll start performing in January 2016, but until then, check out her hottest moments over the years.

Celebrity Style
Jennifer Lopez Wore the Ultimate Date-Night Dress on Another Internet-Breaking Outing
by Kelsey Garcia 9 hours ago
PDA
J Lo and Ben Affleck Re-Created Their Famous Yacht PDA, and They Have to Be Trolling Us Now, Right?
by Grayson Gilcrease 1 day ago