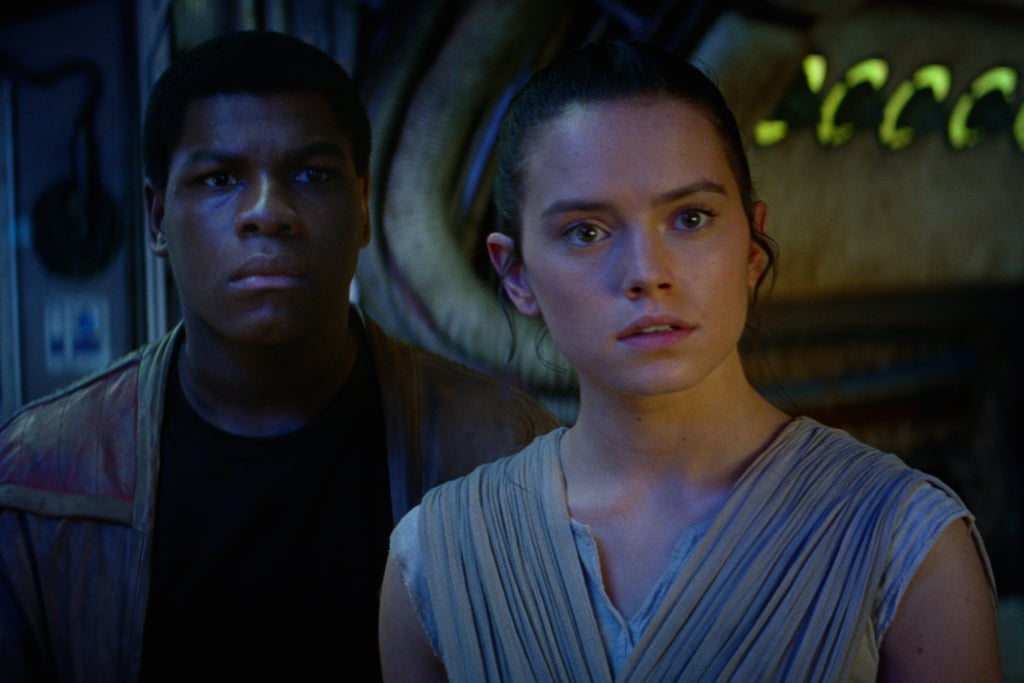 No big deal, but J.J. Abrams just said something that disproves one of the biggest theories to come out of Star Wars: The Force Awakens. The director appeared at the Tribeca Film Festival on Friday, and when asked about Rey's parentage, he said something truly unexpected:

"Rey's parents are not in Episode VII. So I can't possibly say in this moment who they are. But I will say it is something that Rey thinks about, too . . . Obviously it's not for me to talk about in this moment because this is Rian [Johnson]'s story to continue now. The last thing I'm going to do is reveal something that he would be upset about. I want to make sure that Rian gets the courtesy that he showed me."

Whaaat? So that rules out Luke, Leia, and Han — three of the most popular contenders? There's also a theory that Rey is related to Obi-Wan Kenobi, which would still stand, given that that theory states he would most likely be her grandfather. Another possibility is that Rogue One: A Star Wars Story's Jyn Erso is Rey's mother.

Later, Entertainment Weekly caught up with Abrams and he clarified his remarks:

"What I meant was that she doesn't discover them in Episode VII. Not that they may not already be in her world."

This is almost too much to deal with right now. We have to go rethink all these parentage theories now.

Casting News
A New 007?: Idris Elba May Replace Daniel Craig As the Next James Bond
by Njera Perkins 18 hours ago