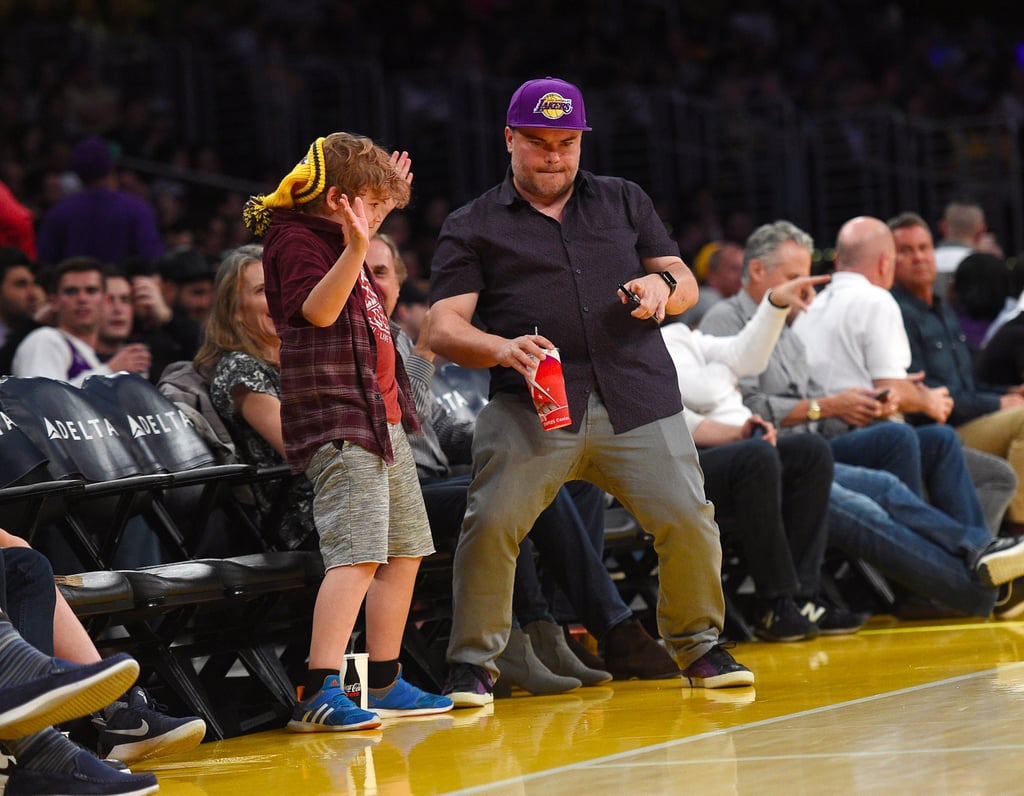 Jack Black may be a successful movie star and father of two, but when it comes down to it, he's still just a big kid at heart. The actor spent some quality time with his 10-year-old son, Samuel, when they watched the LA Lakers take on the Washington Wizards at the Staples Center on Tuesday. The duo appeared to have so much fun together while sitting courtside, sharing a few laughs and funny faces and even getting up to dance at one point. Jack also solidified his "cool dad" status by wearing sunglasses in the completely enclosed stadium. The star, who has been married to Tanya Haden since March 2006, is also father to 8-year-old son Thomas. Here's hoping these two take after Jack Nicholson and his son, Ray, who have made going to Lakers games together a regular tradition.