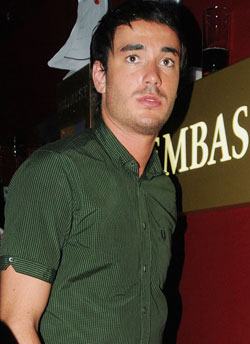 Jade Goody's widower Jack Tweed has been remanded in custody over an allegation of rape. The alleged incident is said to have taken place at Jack's home in east London, in the early hours of Friday morning.

Police made this statement:

"A female in her late teens has made an allegation of rape. Two men in their 20s have been arrested."

Jack was arrested on Friday, and attended Redbridge Magistrates Court today where he was charged with rape and remanded in custody until September 21.