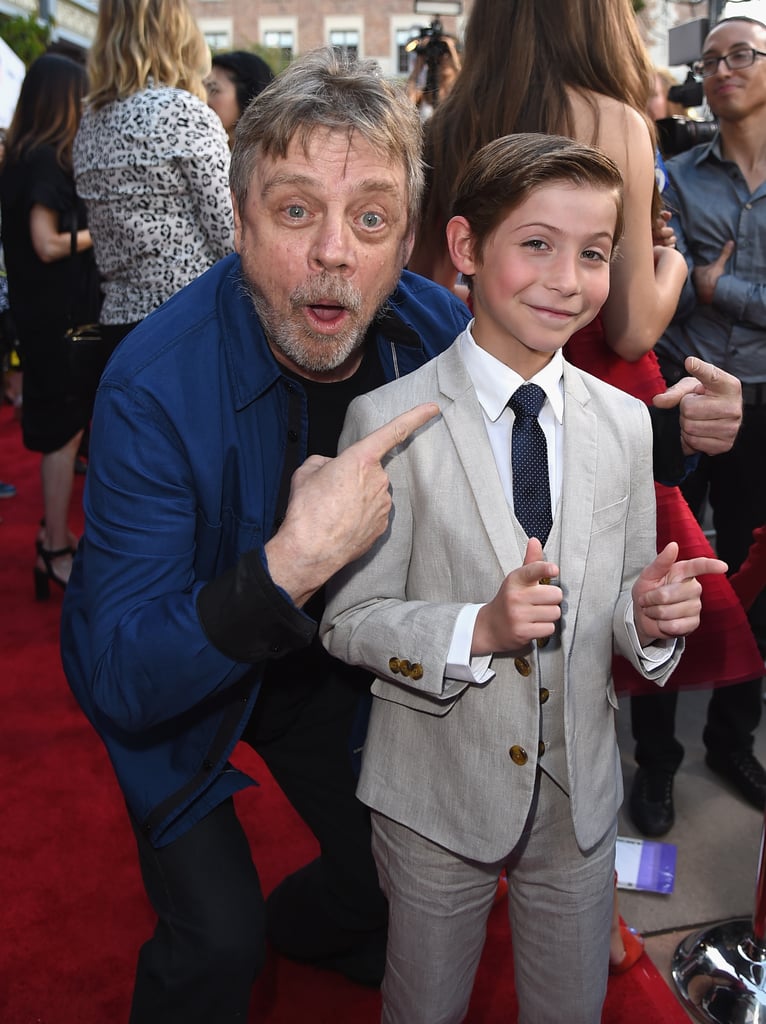 Jacob Tremblay certainly hasn't been shy about professing his love for Star Wars, so imagine his excitement when he came face to face with the one and only Luke Skywalker. During the Los Angeles Film Festival on Wednesday night, the 10-year-old actor had an adorable moment with Mark Hamill at the premiere of his upcoming movie, The Book of Henry. While he tried to look cool and collected for the cameras, he later gushed about the encounter on Twitter, writing, "Geeked out, big time, don't even care! Thank you @HamillHimself for chatting with me! #Woah!" And it seems like Mark is just as big of a fan. After he praised the actor's performance on social media, Jacob appropriately responded by letting everyone know he will be going by Jedi Jake from now on.