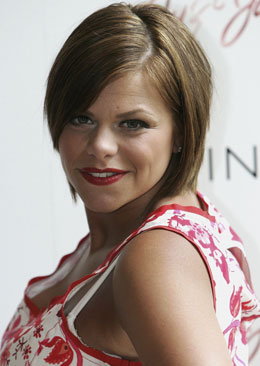 The late Jade Goody's family have won legal damages after they settled a High Court action regarding photographs taken at Jade's private burial. While the photos from the public funeral were part of the family's wish for the public to be able to say goodbye to the reality star, the private burial was for family only, but a photo from the day was published on the front page of The People.

The newspaper group and a photo agency agreed to pay £35,000 in damages, as well as legal costs. Jade's mother Jackiey Budden, her grandparents, aunt, uncle and cousins settled the action yesterday, and the newspaper wrote a letter to the family apologising and agreeing they had the right to expect privacy on that occasion.