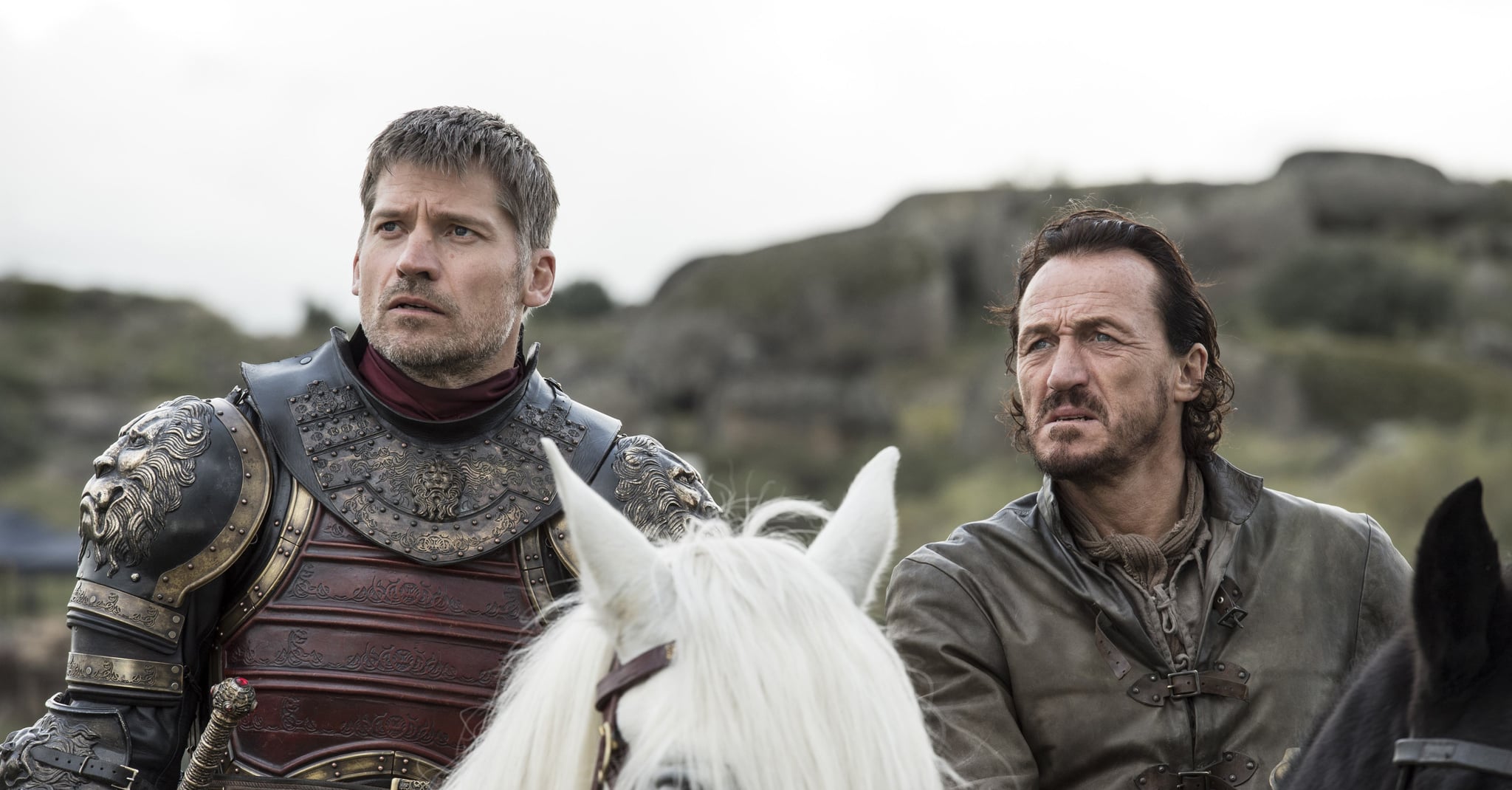 "The Spoils of War" will go down in Game of Thrones history as one of the show's most intense episodes ever. Let's just hope it doesn't also mark the end of Jaime Lannister. After a fiery battle sequence that leaves the Lannister army devastated by Daenerys and her dragon, Jaime sees his chance to kill the Dragon Queen as she is removing a spear from Drogon's side. Of course, he underestimates Drogon, who turns just as Jaime's own spear nears Daenerys, and the beast prepares to defend his mother with a blast of fire. Bronn comes out of nowhere and knocks Jaime and himself into the water just before Drogon has a chance to flambé them both. The episode's ambiguous ending has left the internet wondering: is Jaime dead? And the answer to that question is almost definitely no.

Come on, after everything he's been through, Jaime isn't going to drown in his own armour. That's no way for the Lannister knight to die. Even though the hour ends with Jaime floating lifelessly in the water, Bronn is sure to pull him out, adding one more debt to the pile for the Lannister brothers to pay back. Even if Bronn doesn't survive his own dip in the lake, Tyrion is watching this all go down from a short distance away. Remember, he owes Jaime his life, so he's unlikely to simply stand by and watch his brother drown.

Even though Game of Thrones loves to surprise its audience, death by drowning is far too simple of an end for the likes of Jaime (not too mention how unceremonious it is). He is clearly having Mad King flashbacks as Daenerys rains fire down on his army. If anything, this battle should spur him to redouble his efforts to stop the Dragon Queen from gaining more ground. At the moment, he's a man caught between two queens who are willing and capable to use any means necessary to win this war, and the man known as the Kingslayer has to be sceptical of them both. The camera lingering on Jaime's silent moment in the water feels more like the beginning of his final arc than an actual ending in itself.

If Jaime does drown, it will be a disappointing end for the character. He still has so much story left in him. Will he continue to support Cersei? Is he destined to kill his sister? Will Daenerys take him hostage? And what about his redemption arc? To leave all of these threads dangling would be a disservice to the story. Jaime is far too connected to the action to die so suddenly. If these truly were his final moments, it seems unlikely Bronn would have appeared just in time to save him from Drogon's flames. Death by fire would have been a darkly poetic end for the man who killed the Mad King.

As scary as that battle was to witness, Jaime is far more valuable alive. This is especially true if Tyrion and Daenerys are the ones to fish him out of the water. Jaime has been a captive before, but he's never been in a hostage situation with one of his own family members. If Tyrion can prevent him from returning to King's Landing, he stands a chance of winning his brother over to Daenerys's side. Although, after seeing her at work, Jaime would likely rather die than bend the knee to the Mother of Dragons. But he may try to bring Tyrion back into the Lannister fold now that he knows for sure that his brother did not kill Joffrey.

Fear not, Game of Thrones fans — it seems Jaime Lannister's story is just getting started this season, despite the potentially deadly situation he has gotten himself into.