Jaime Lannister has had one of the most fascinating character trajectories on Game of Thrones. He starts out as a dastardly (but gorgeous) villain, but over the course of a few seasons, he's changed a lot (and lost a certain body part). But the more a person changes, the more he stays the same — at least it would seem, after his d*ckish conversation with prisoner Edmure Tully this week, in which he tells the hostage that he doesn't care about him, his child, his family — just Cersei, really. 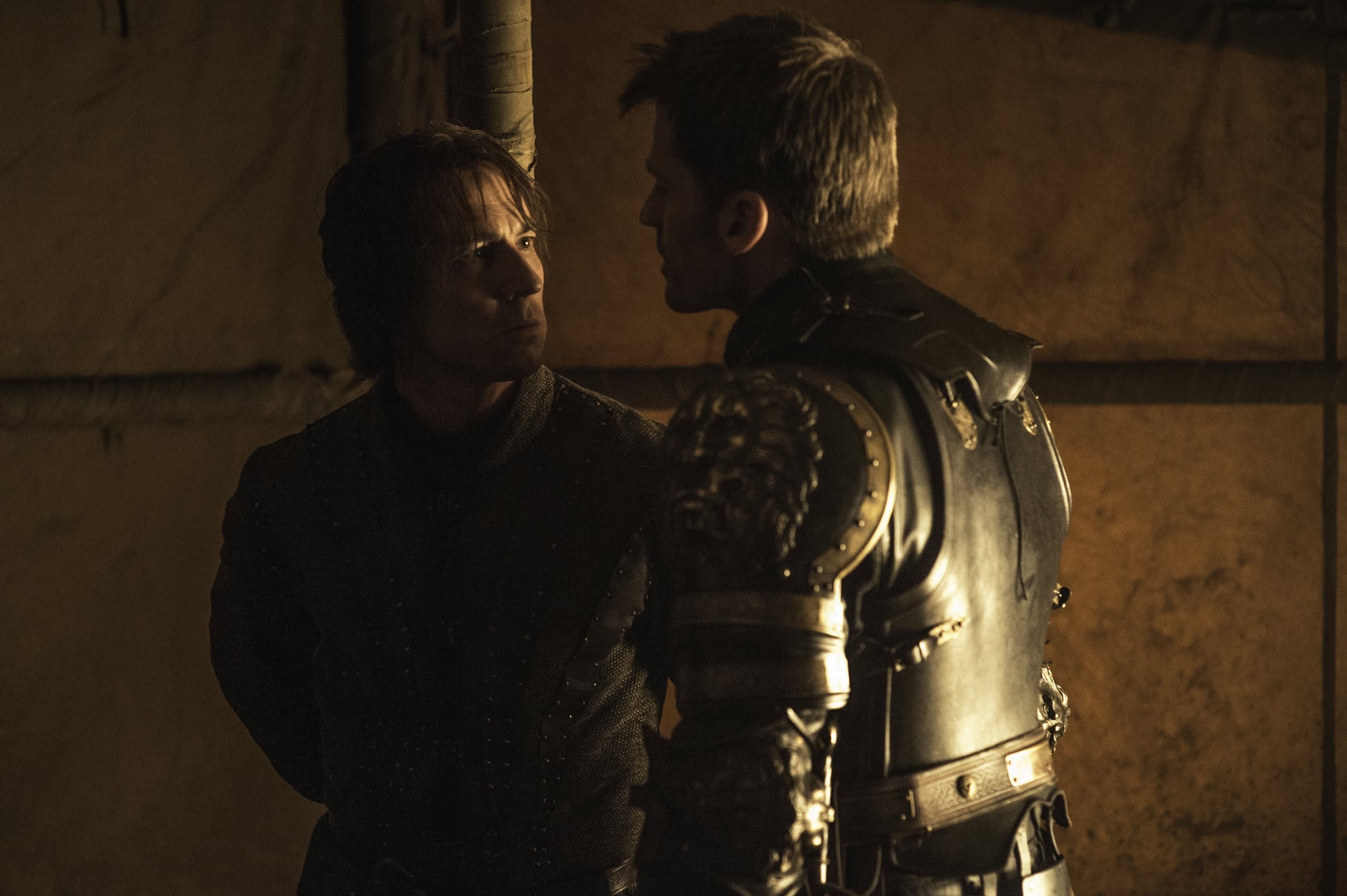 Anyway, there's a line that Jaime utters during his monologue that may have given you déjà vu. "The things we do for love" is part of his speech, and if it sounded familiar, good, because it's one of the most famous quotes on the show and certainly calls back to Jaime's most notorious moment.

That's right; in the very first episode of Game of Thrones, Jaime says it as he casually tosses Bran out of a window. It's not just important because it's despicable, but it also involves so many important events on the show, like 1. It's when we realise how truly f*cked up the Lannisters are (incest and murder), 2. It shows you the importance of the sibling incest being kept secret in relation to the crown, and 3. Its attempt at sounding romantic reveals that Jaime and Cersei don't just have sex because of some sick desire; they actually think they're in love.

The last sentiment, of the love that exists between Jaime and Cersei, is really what bubbles back up when Jaime repeats it to Edmure this week. It's his defense for the ugliness he practices . . . and one gets the idea that it might be his and Cersei's undoing.