Jake Gyllenhaal and Anne Hathaway went their separate ways after arriving at Sydney's airport yesterday, but they reunited this morning for a photo call. The duo went Down Under to do more press for their movie Love and Other Drugs, which opened in the US last week and had a so-so second weekend at the box office. Jake nonetheless has lots to celebrate with his movie debuting worldwide in addition to his blossoming relationship with Taylor Swift. He's also up for a People's Choice Award, having been nominated in the category of Favourite Action Hero for his role in Prince of Persia. 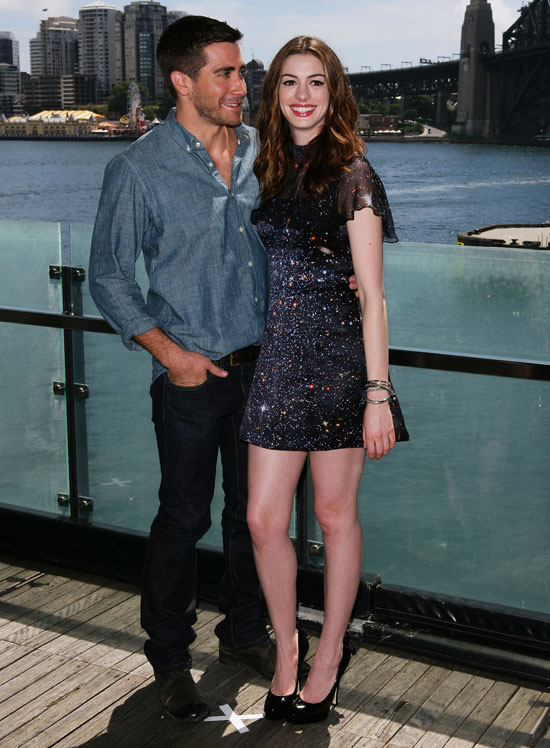