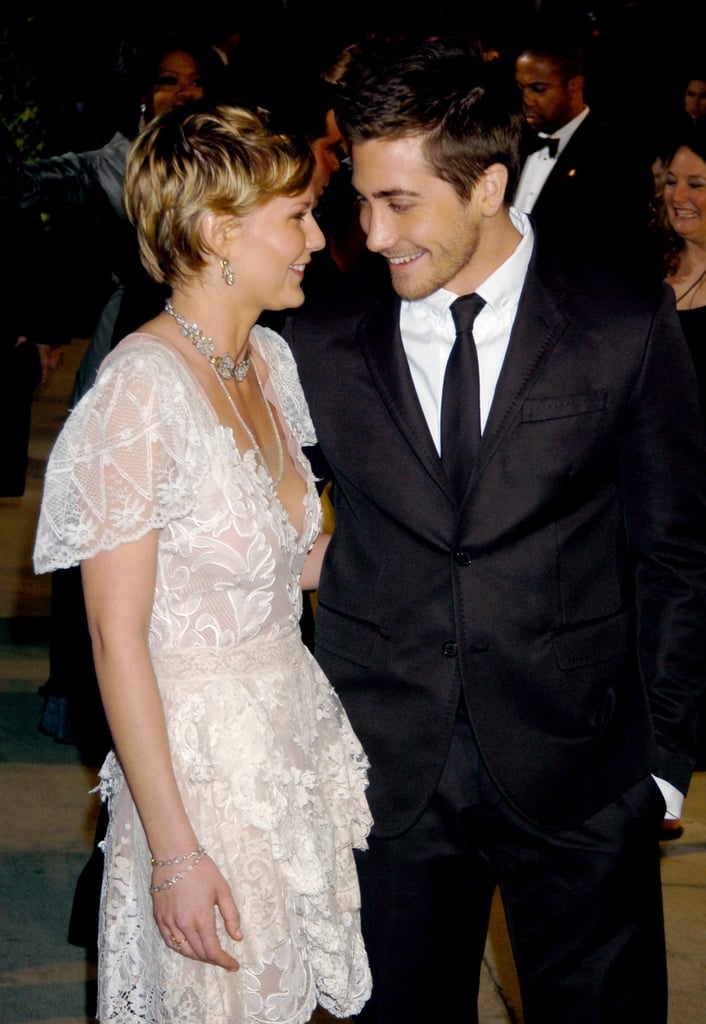 Before Jake Gyllenhaal dated Taylor Swift and was probably, definitely the inspiration behind a few of her songs, especially "All Too Well," he was in a serious and long-term romance with Kirsten Dunst. The pair first got together in 2002 after being introduced by his sister, Maggie, and quickly became an It couple, frequently attending events and red carpet premieres. They even shared a home together in LA and adopted a dog named Atticus. But, as with many Hollywood romances, things ended after nearly two years. While their relationship seemed to have lasted way longer in our heads, they still shared plenty of cute moments together. Jake admitted in an interview in 2015 that he's been in love twice in his life, and it's pretty likely that Kirsten was one of them. Take a walk down memory lane with these throwback photos!

Celebrity Style
Windbreakers, Berets, and, Of Course, Sneakers: Looking Back at Michael Jordan's '90s Style
by Kelsey Garcia 4 days ago