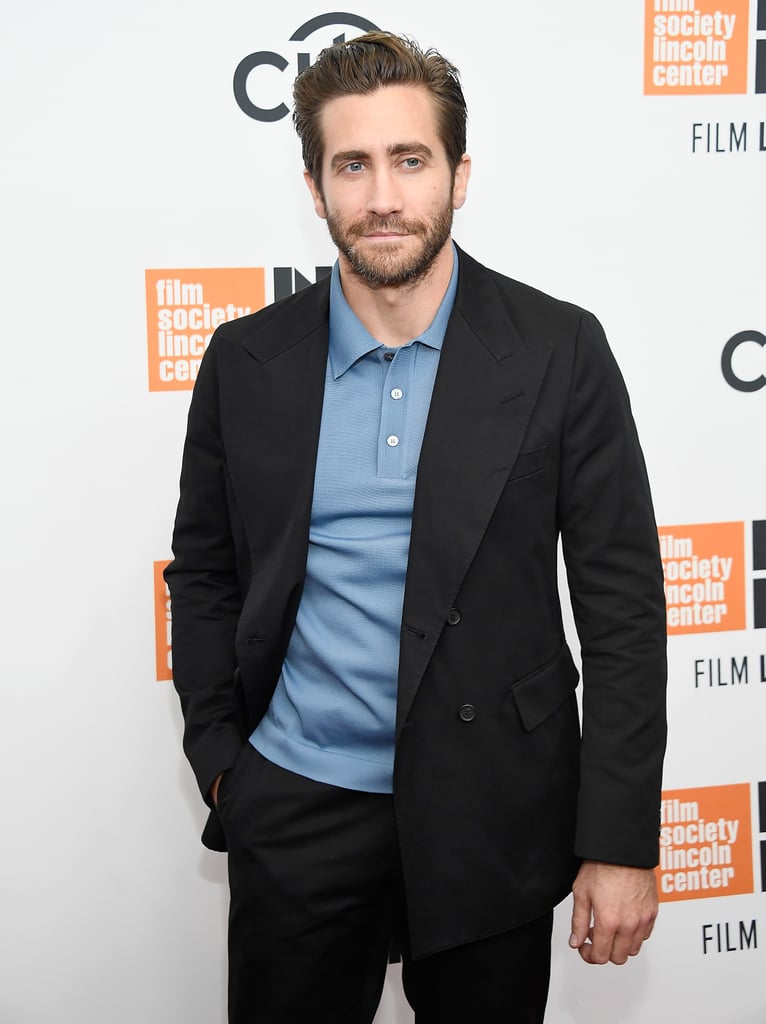 Jake Gyllenhaal has been keeping a seemingly low profile as of late, and to be honest, I was beginning to get worried that he had retired from acting or, even worse, started dating someone behind my back. Thankfully, Jake has recently ramped up his public appearances while promoting his new film Wildlife — and I'm pleased to see that my 5'11.5" actor bae is alive, well, and still devastating to look at. No word on whether he's seeing anyone, but I'm staying optimistic!

On Sunday, Jake attended a special screening of the movie at the New York Film Festival. He was joined by his costar Carey Mulligan and screenwriters Paul Dano and Zoe Kazan and posed for photos with Ben Stiller and his daughter, Ella, during an afterparty. Jake also hit the stage to talk up the film, which follows the end of a marriage in 1960s Montana. At the event, Jake wore a sleek blue polo shirt that showed off his arms and brought out his gorgeous baby blues — needless to say, I'm shaking a little. It's so nice to know that some people still indulge me in my fantasy relationships with them. Thank you, Jake.