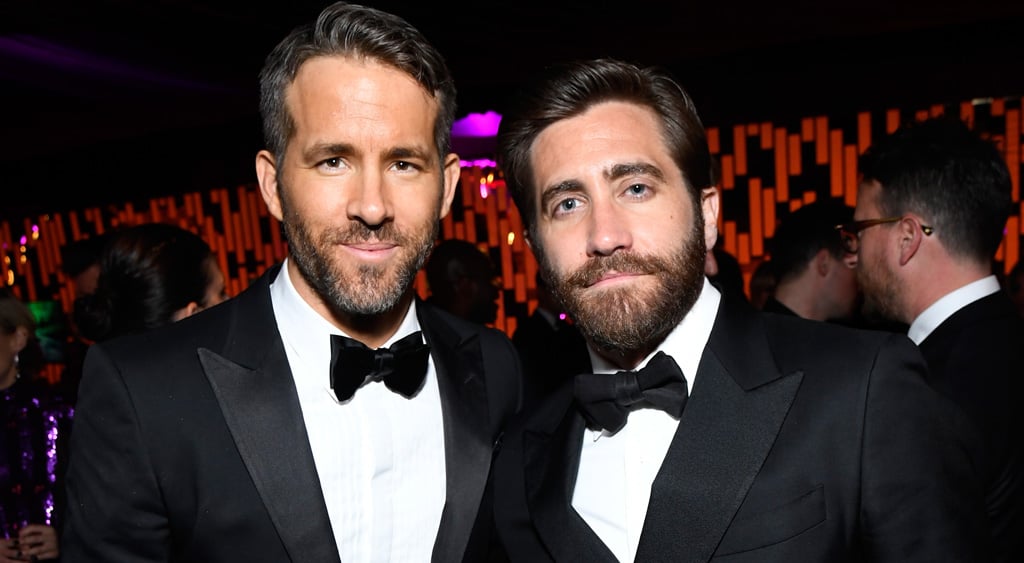 Do we sense a new Hollywood bromance on the horizon? On Tuesday, Jake Gyllenhaal discussed the 2017 Oscar nominations during a screening of Nocturnal Animals , and instead of talking about his own snub for best actor, he talked about how the Academy overlooked Ryan Reynolds. "We talk about brilliant performances all the time, you know, the actors who tear themselves apart for their roles, which I'm a believer in," he told the crowd. "But then I look at Ryan Reynolds in Deadpool and I say, 'No one can do that but him. That is truly, purely him.' As an artist, he struggled for several years to figure that out, and it's all there on the screen. And it's brilliant." And the praise didn't end there. Jake also suggested that Ryan's snub may have had more to do with the fact that it was a superhero movie. "Sure, it's a comic-book movie and it's made a lot of money," he continued, "but that doesn't subtract from Ryan's extraordinary work. Because it's him. I mean, let's ask ourselves: what else do we want from people who create? Something that is truly them."