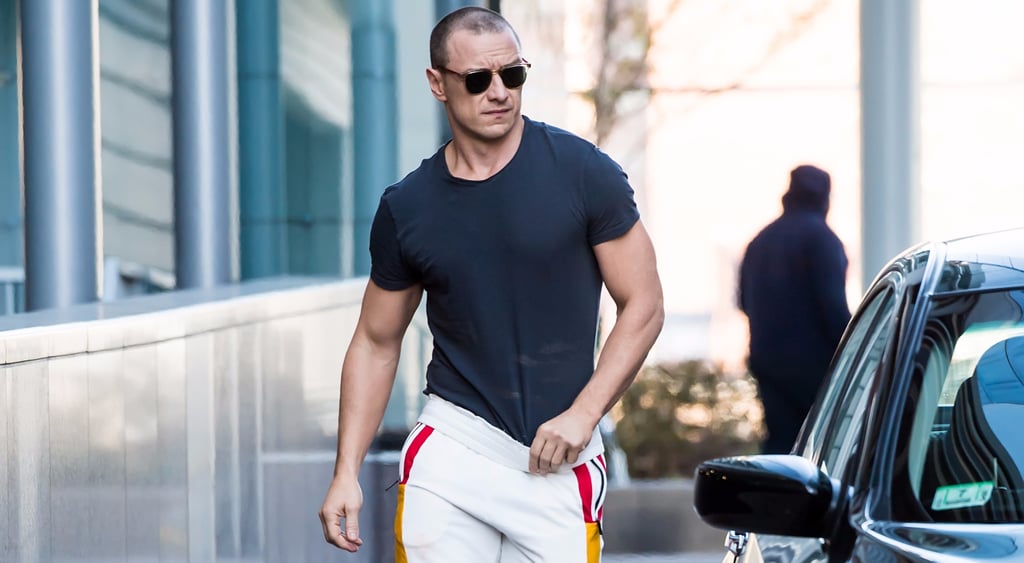 James McAvoy Is on His Way to Steal Your Girl, Your Mum, and Your Grandma

At the end of last week, James McAvoy strolled the streets of Philadelphia, and he looked . . . well, he looked rather ripped. There's nothing else to say. Perhaps it was the tight t-shirt that made him look particularly muscular on this particular day or perhaps he's been secretly getting ripped for months while we were distracted by the apocalypse that is 2017. The latter is certainly a possibility; after all, James is likely in Philly for his new film Glass — which is a sequel to 2000's Unbreakable and 2017's Split — in which he plays a disturbed man with 23 personalities and one hell of a death grip. Whatever the circumstances, let us appreciate these bountiful pictures on this blessed day.