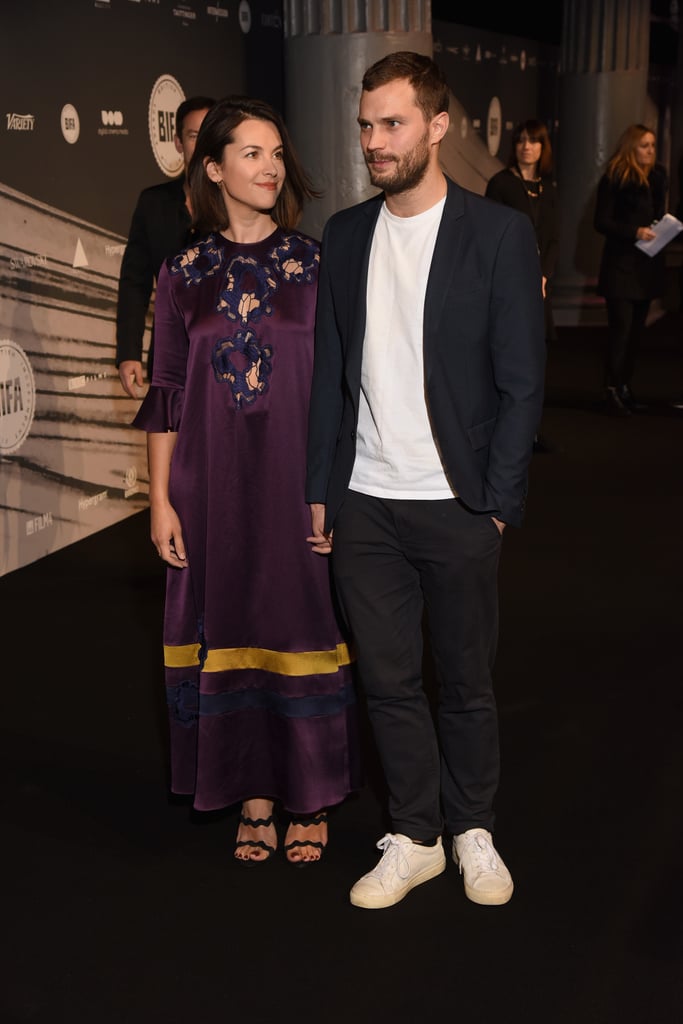 Jamie Dornan and wife Amelia Warner made a delightful appearance at the British Independent Film Awards in London on Sunday. The couple, who tied the knot back in 2013, kept close as they posed for pictures, and at one point, Amelia was seen gazing lovingly at her husband. It was an especially big night for Jamie, who was nominated for best supporting actor for his role in Anthropoid. The pair's latest appearance comes a month after Jamie stopped by Jimmy Kimmel Live! and two weeks after Jamie and Amelia attended the UK premiere of Mum's List.