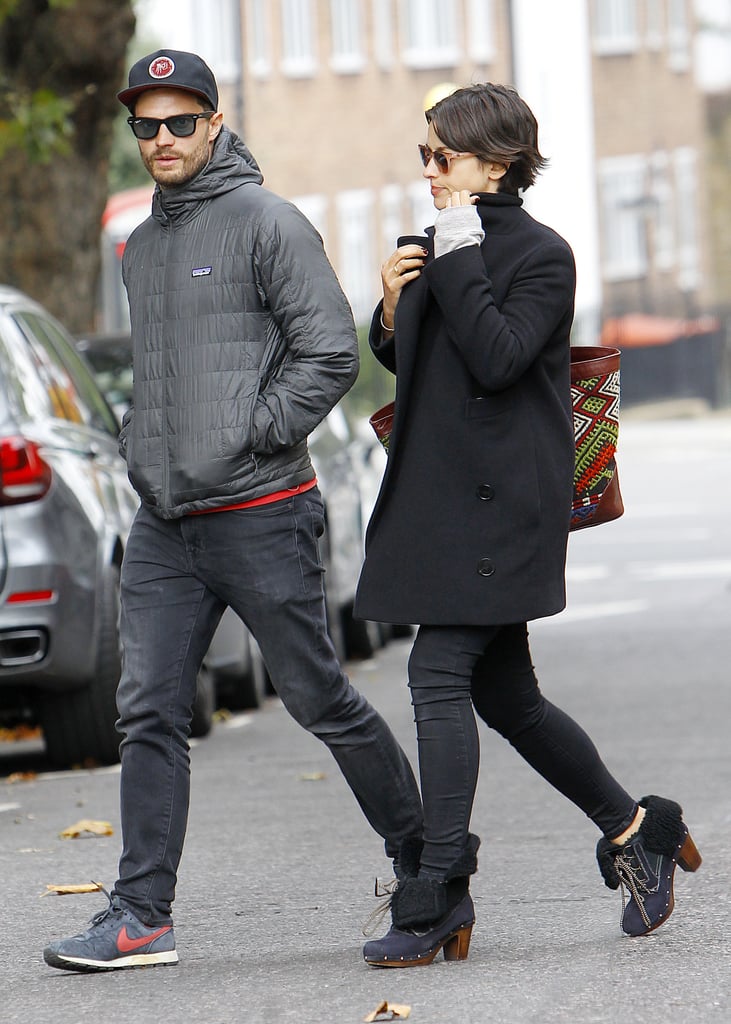 Jamie Dornan and his wife, Amelia Warner, were bundled up for a walk around London on Tuesday. The couple are back together in England after Jamie took a quick trip to Scotland for the Alfred Dunhill Links Championship at St. Andrews last week. It's no surprise that he looked hotter than ever during his golf games — one round could have been mistaken for a modeling shoot! While Jamie's athletic side was on display, it's not the most we've seen of the star lately since he went shirtless during a beach holiday back in September. Jamie crawled on the sand in nothing but swim trunks, and while it may have given some fans Fifty Shades of Grey flashbacks, his look was a lot less creepy than we're used to seeing on screen.