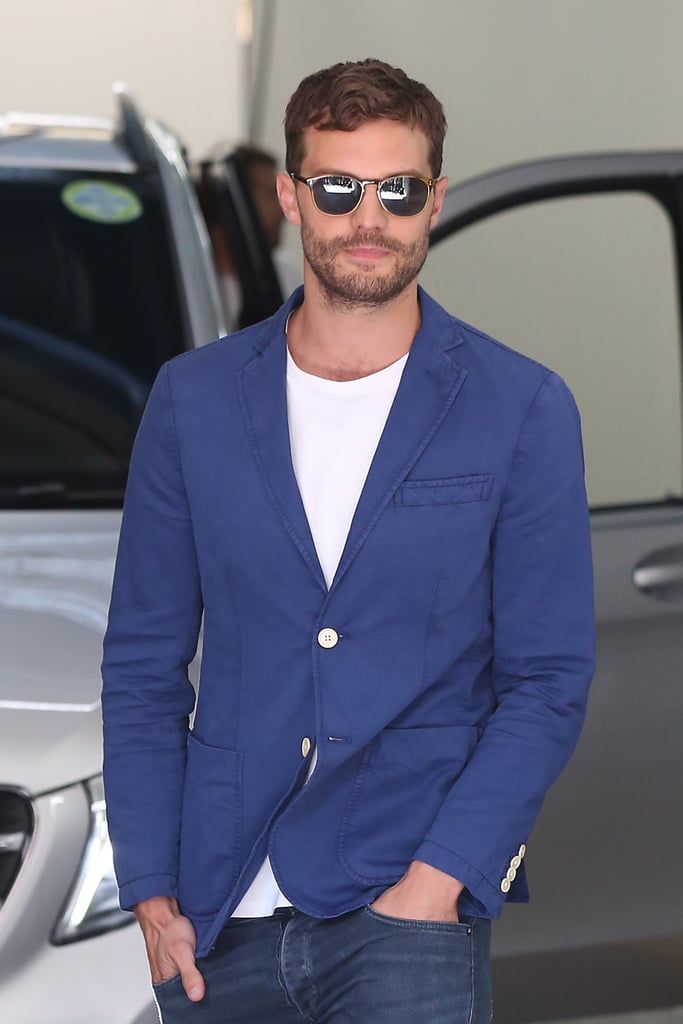 Just when you thought Jamie Dornan had reached peak levels of sexy, he has the audacity to make a practically flawless appearance in London. The Fifty Shades Darker actor was spotted at the ITV Studios on Tuesday showing off his scruff while wearing a blue Scalpers blazer and fashionable shades. Earlier this month, he hit the red carpet for the premiere of his new film, Anthropoid, and he recently gushed about being a dad to his two girls during an interview on Live! With Kelly. Now that the Fifty Shades franchise has wrapped filming, we are definitely looking forward to more appearances like this as he promotes the two new films.