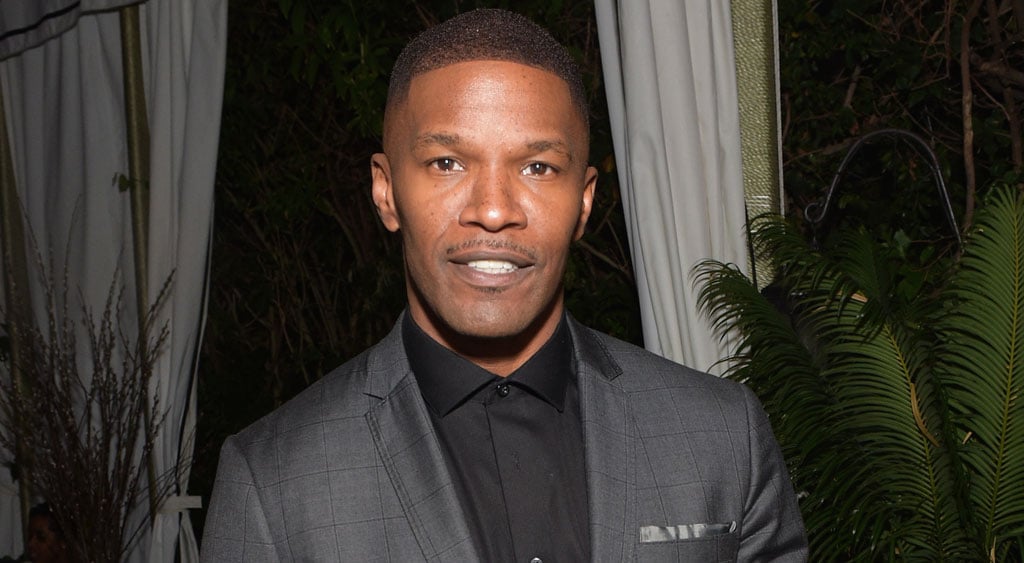 Jamie Foxx has played his fair share of heroic characters on screen, but he can now call himself a real-life superhero. The actor rescued a man involved in a car crash outside of his Hidden Valley, CA, home on Monday night. Jamie's rep confirmed to People that he rushed outside to the scene after the driver lost control of his vehicle, skidded off the road, and flipped the car, which quickly burst into flames. After calling 911, Jamie pulled the man, who has been identified as 32-year-old Brett Kyle, out of the car.

Shortly after the dramatic rescue, Jamie met with Brett's father, and the pair then spoke to NBC4 News at the actor's home. "I don't look at it as heroic, I look at it as I just had to do something," Jamie explained. "I said [to Brett], 'You got angels around you.'" Brett's dad, Brad Kyle, fought back tears as he added, "Whether this person's famous or not, I'm so glad, I'm so happy." Jamie then took to Instagram to share an emotional photo of the two embracing, writing, "Met the father of the young man from last night today. This is all that matters. That a man, a son, a brother's life was spared last night. God had his arms wrapped around all of us...No heroes...Just happy fathers." See the moment below, and then check out Jamie's hilarious celebrity impressions.