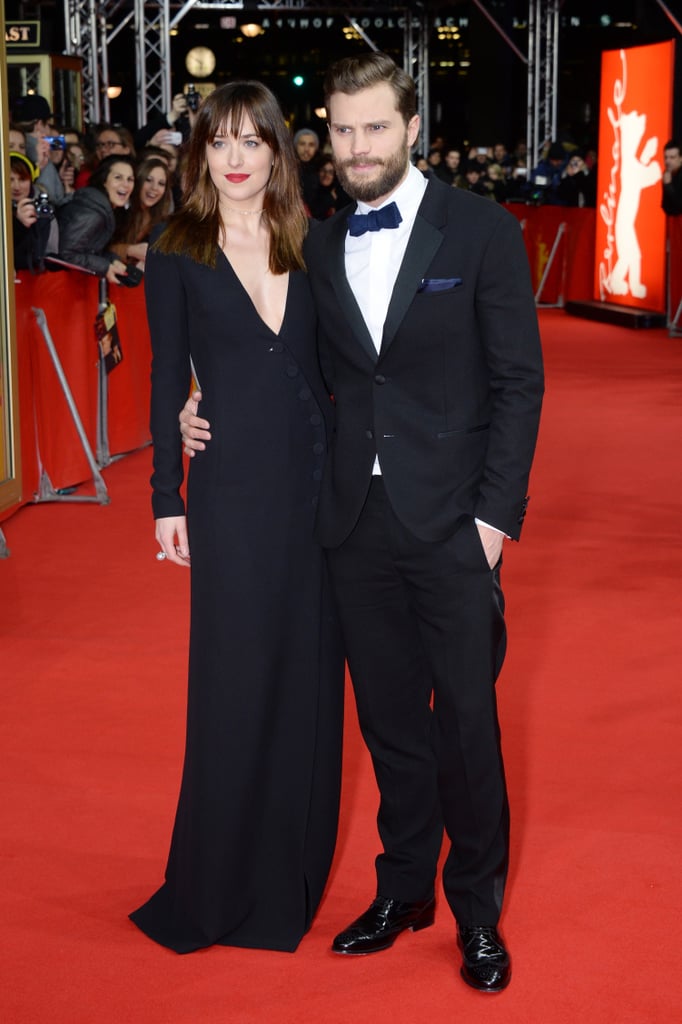 Jamie Is a Gentleman With Dakota — and His Wife! — on the Red Carpet

The release of Fifty Shades of Grey is finally upon us, and its stars are busy traveling the globe to promote their buzzed-about movie. On Wednesday, Jamie Dornan and Dakota Johnson made a stunning appearance at the film's premiere during the Berlin International Film Festival, dressing to the nines for their trip up the red carpet. With Dakota donning a flattering black dress and Jamie looking handsome in a tux, the stars looked exactly how we imagine their characters Christian Grey and Anastasia Steele would dress for a black-tie event. Jamie even sported the scowl you've seen in the latest movie pictures, although Christian probably wouldn't rock a beard that long.

The duo recently hit the red carpet together at their premiere in NYC, but this time, Jamie was also joined by his wife, Amelia Warner. It's just the latest in a string of appearances the stars have made, including Jamie's goofy reading of the book's lines and Dakota's seductive spin on not-so-sexy quotes during their separate appearances on The Tonight Show. To top it off, the actors got candid about their biggest turn-on during an interview with Glamour. Keep reading to see their latest appearance, and then find out which parts of the book didn't make the movie.