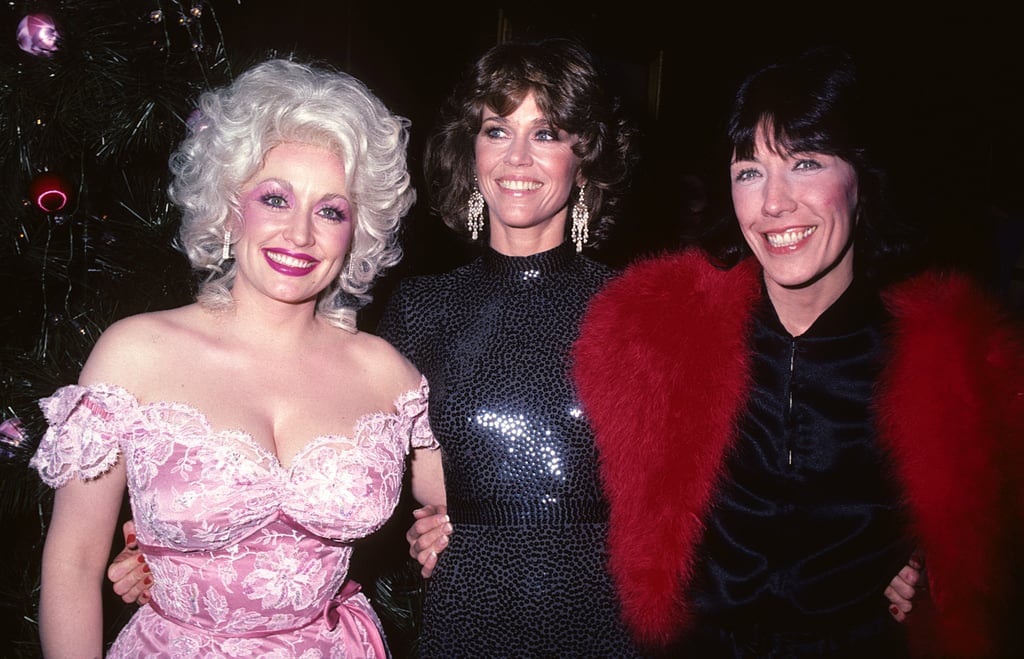 Related:
Jane Fonda Is 79 Years Old and on Her Way to Steal Your Man

Needless to say, it was amazing to see these three together again: back in January, Dolly and Jane were supposed to link up to present Lily with a lifetime achievement award at the SAG Awards, but when Jane got sick, Dolly went at it alone (and killed it). These days, Lily and Jane star side by side in the Netflix series Grace and Frankie, which garnered them both Emmy nominations on Sunday night, and Dolly is still gracing the stage on concert tours — but despite their busy schedules, the three are still close friends. We're taking a look back at their cutest moments together over the years.