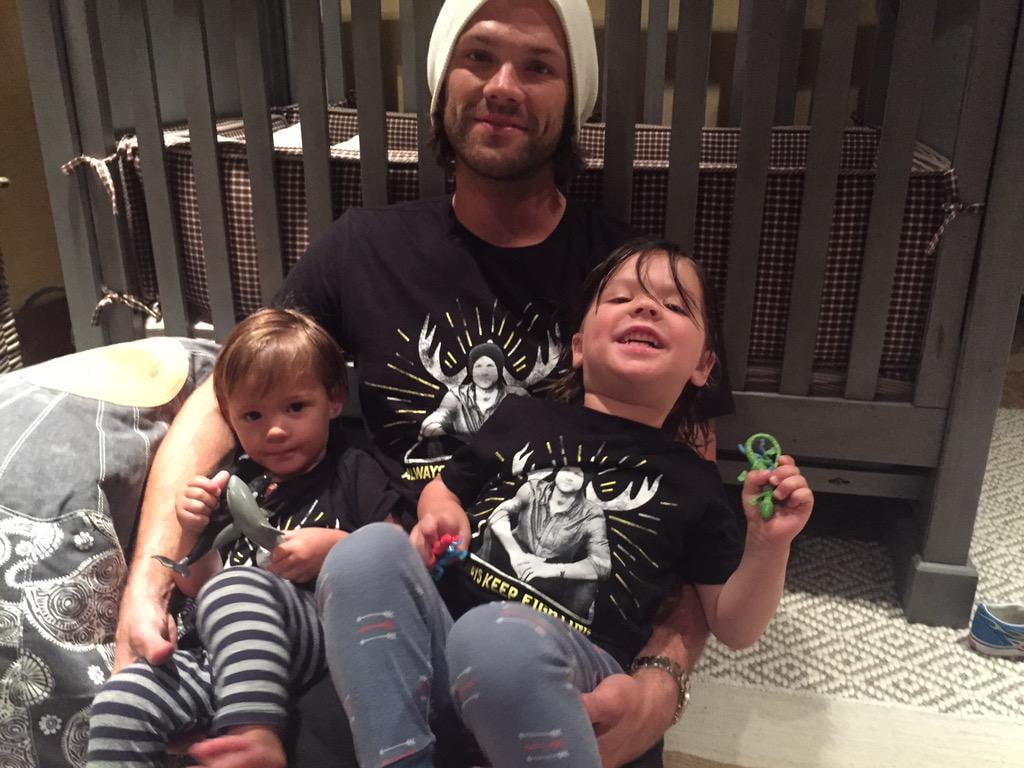 When Jared Padalecki isn't giving his "remarkable fans" fun moments with costar Jensen Ackles, the Supernatural actor is busy being an adorable dad. Since tying the knot with actress Genevieve Cortese in 2010, Jared has become a father twice. The couple welcomed their first son, "Tom" Thomas Colton Padalecki, in March 2012. Just 21 months later, they gave Tom a sibling when son Austin Shepherd "Shep" Padalecki was born in December 2013. Along the way, Jared has shared a couple dozen cuter than cute pictures on Facebook and Twitter. Read on to see Jared's life as a dad, and then relive all the times you couldn't deny your crush on him.