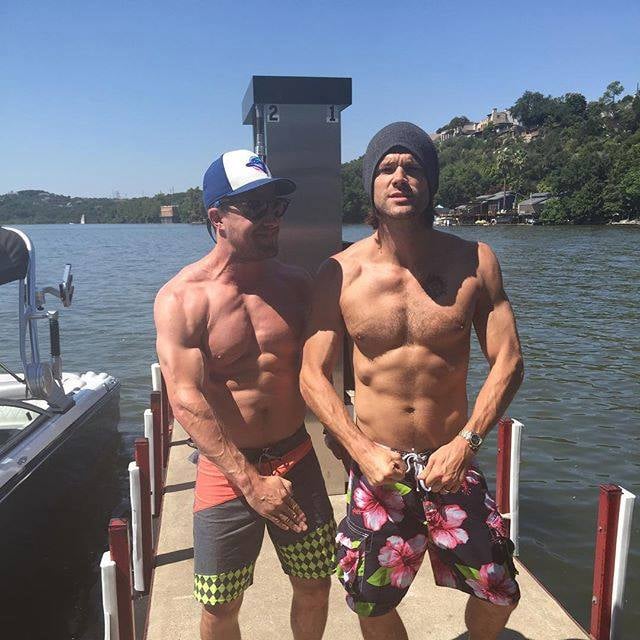 Are you sitting down? Jared Padalecki and Stephen Amell took to their various social media accounts on Sunday to post a slew of shirtless snaps, which actually had a cute message attached to them. Stephen promoted Jared's "Always Keep Fighting" campaign, saying, "Stay Sunday Strong. My buddy Jared Padalecki wants you to Always Keep Fighting." He also included a link to the merch attached to the cause. Jared promoted it as well, joking, "Were doing a 2-day relaunch!! Thank god! Because @amellywood and I lost our shirt :(." The campaign stems from Jared's own struggle with depression, which he's recently been opening up about more than ever. Keep scrolling to see the overwhelming amount of abs, because, you know . . . it's for a good cause.