Ready for another pairing of a tried-and-true comedy team? Jason Bateman and Vince Vaughn will costar in The Insane Laws as longtime best friends who have always done everything together — college, marriage, and then having kids. Bateman and Vaughn have played friends in movies like The Break-Up and Couples Retreat before, but this time they'll take their relationship from friendship to family. 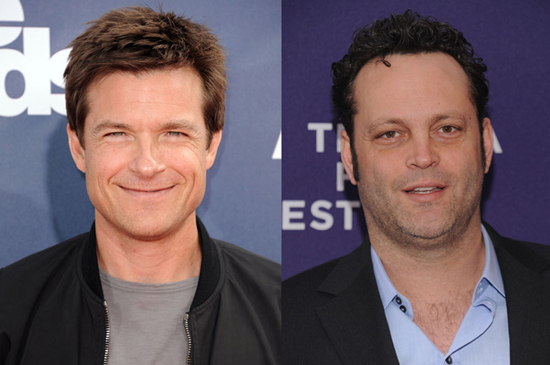 The movie will fast-forward to when the the mens' respective children are grown up and off at college, where the kids fall in love. When the daughter of Vaughn's character gets pregnant, the friendship of Vaughn and Bateman will undergo a trial. From the sound of the title, it seems like everything ends in happy matrimony, but watching Bateman and Vaughn go head to head as they lock horns as fathers sounds like a fantastic recipe for comedy.