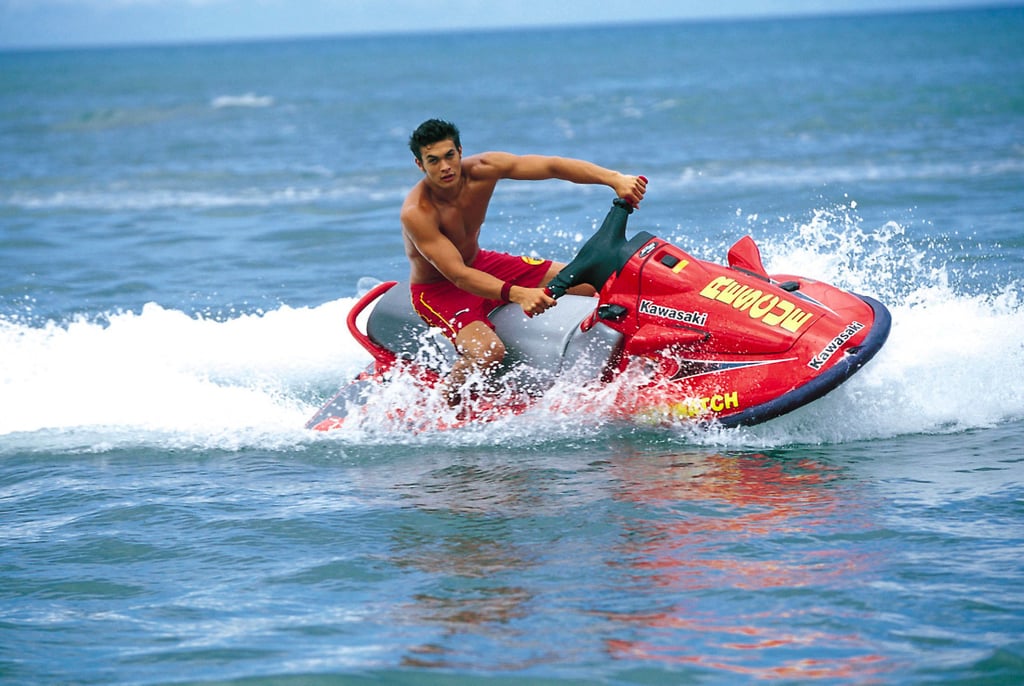 Jason Momoa's Baywatch Days Are a Tropical Gift to Us All

Hawaiian-born Jason Momoa may look like he was born to walk around shirtless, and once upon a time, that was his job. Before starring on Game of Thrones as Khal Drogo and landing the role of Aquaman in DC's superhero franchise, Momoa was a regular on Baywatch Hawaii. (After careful consideration, I guess his parts do still require him to be shirtless most of the time.) Playing beach babe Jason Ioane was his first onscreen role ever, and he stayed with the show for two seasons until it ended in 2001. As a precautionary measure, I've rounded up several of his Baywatch Hawaii moments so we will never forget about this important period in history.

Related:
27 Times Jason Momoa Almost Burst Out of His Shirt (and We All Crossed Our Fingers)
Previous Next Start Slideshow
BaywatchJason MomoaGifsTV