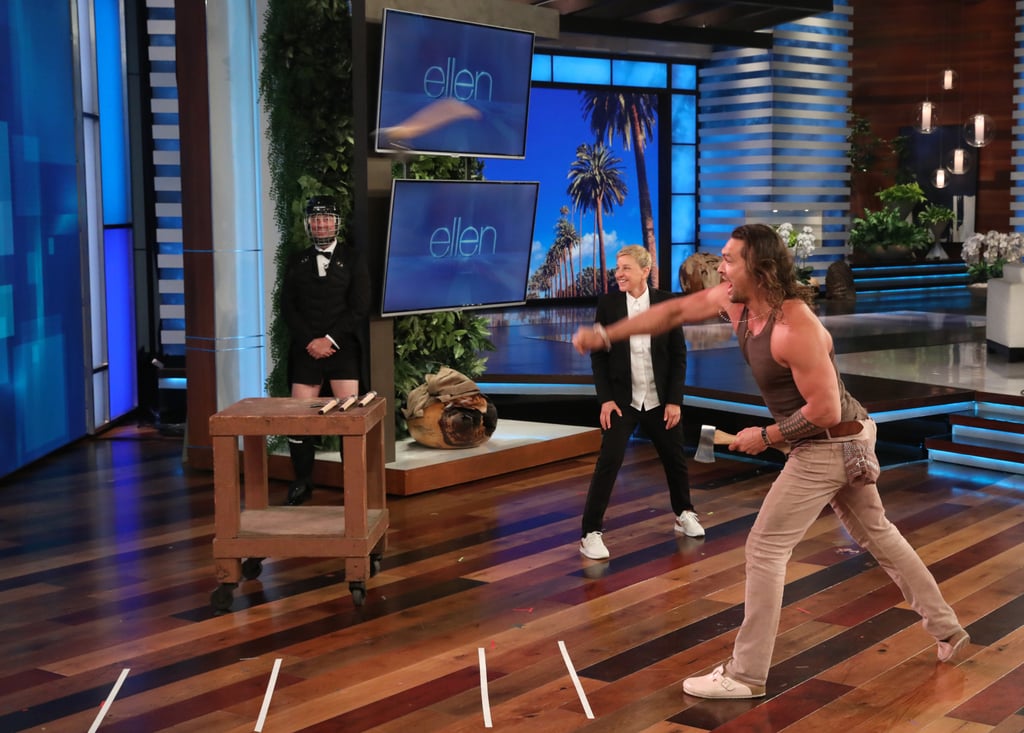 You didn't think Jason Momoa would make his first appearance on The Ellen DeGeneres Show without removing at least one article of clothing, now did you? The Aquaman actor stopped by Ellen's studio on Wednesday and adorably admitted he was "so nervous" to make his debut on the talk show. After chatting about his shirtless Oscars afterparty look, missing pet snake, and newly shaven beard, and the 39-year-old star taught Ellen one of his favourite skills: axe-throwing.

Though she may not have been successful in hitting the target, the TV personality was successful in getting Jason to remove his jacket and show off his bulging muscles — all in the name of charity. Ellen tested Jason's axe-throwing skills to raise money for a Hawaii-based organisation aimed at reducing single-use plastic waste — a mission that inspired Jason's big beard-shaving moment. Needless to say, he knocked the challenge out of the park, raising just over $30,000 in 45 seconds. Watch the video below to witness Jason's impressive bullseye-hitting abilities, followed by other clips from his appearance on the show.

Timothée Chalamet
The First Trailer For Dune Just Dropped, and My Jaw Is on the Floor
by Brea Cubit 09/9/20

Casting News
So, Jason Momoa Is Playing Frosty the Snowman in a Live-Action Film, and I Have Questions
by Victoria Messina 02/7/20