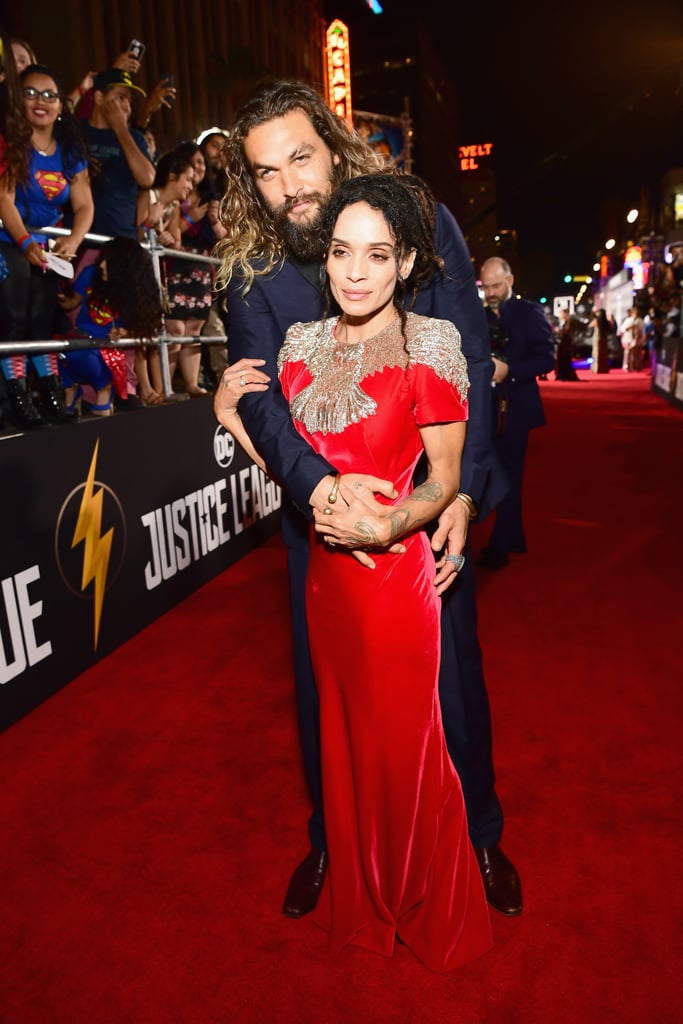 Jason Momoa and Lisa Bonet officially tied the knot in October, and on Monday, the couple brought their newlywed bliss to the LA premiere of Jason's film Justice League. As per usual, Jason and Lisa were almost too cute to handle as they cuddled up on the red carpet and struck their best poses for the cameras. The event marked the pair's first public appearance since their surprise wedding, and during an interview with E! News, Jason said he and Lisa are still very much in the honeymoon phase. "Oh, yeah. Oh, yeah. If I wasn't on camera right now, I would tell you," he jokingly said.

Jason also confessed that their bond feels different now that they're married. "I never thought it would," he said. "But I mean, we have a 10.5-year-old [and] a 9-year-old. I plan on being with her the rest of my life. There's just that moment where it's [time to take it] to the next level. I'll be here her whole life. It feels good. I can be like, 'Wife, that underwear is not going to find it's way into the washing machine, wife.' Right?" Jason and Lisa are the proud parents of two children, daughter Lola and son Nakoa-Wolf, while Lisa is also mom to 28-year-old Zoë Kravitz, whom she shares with ex-husband Lenny Kravitz.