We were able to pay a visit to the LA set of The Muppets earlier this year, and the movie's mastermind, lifelong Jim Henson fan Jason Segel, stopped by to chat about life on the set with Kermit. The project was written by Jason and his partner Nick Stoller, and was brought to life with director James Bobin, leading lady Amy Adams, and a roster of talented puppeteers. Jason spoke about how he and Nick tried to make the film fun for both kids and adults, and revealed how happy he was to land Amy Adams as a costar. Jason, who at the time was finishing the Five Year script with Nick between scenes while logging an almost-regular workweek on the set of How I Met Your Mother, also touched on new Muppets, operating Fozzie himself, and what his next big Hollywood dream is. Jason said: 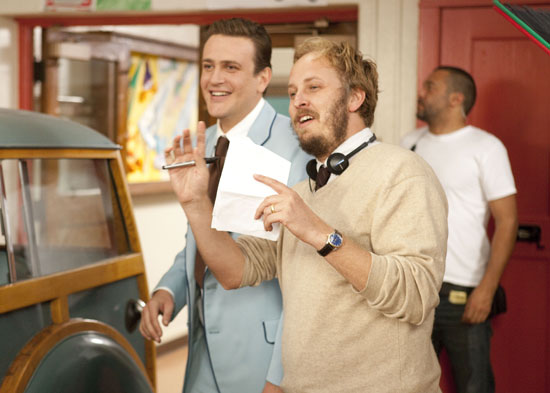 To read what Jason says about the new Muppet, more on the movie, and his one remaining Hollywood dream, just read more.