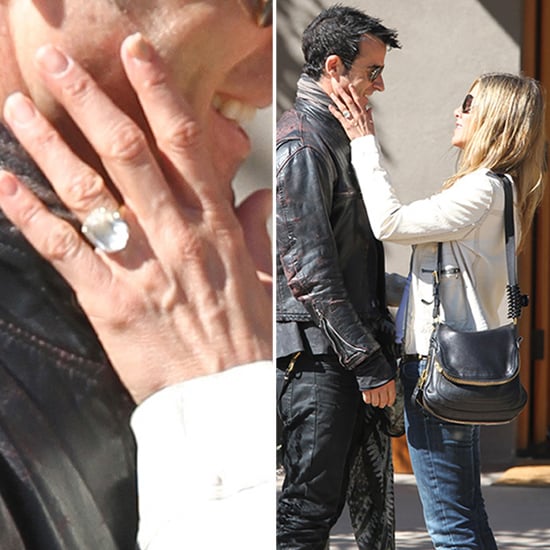 Jennifer Aniston flashed her engagement ring while out in Santa Fe with fiancé Justin Theroux on Saturday. The couple announced their engagement in August after Justin popped the question on his 41st birthday. She was spotted wearing a thin gold band shortly after, but this is the first we're seeing of the huge diamond.

Jennifer and Justin got away to New Mexico for the weekend during a break from Jen's latest project, We're the Millers, which has been filming in Albuquerque. She started working on the comedy over the Summer, but also appeared in front of the cameras for a funny SmartWater ad that spoofs the constant pregnancy rumors surrounding the star.