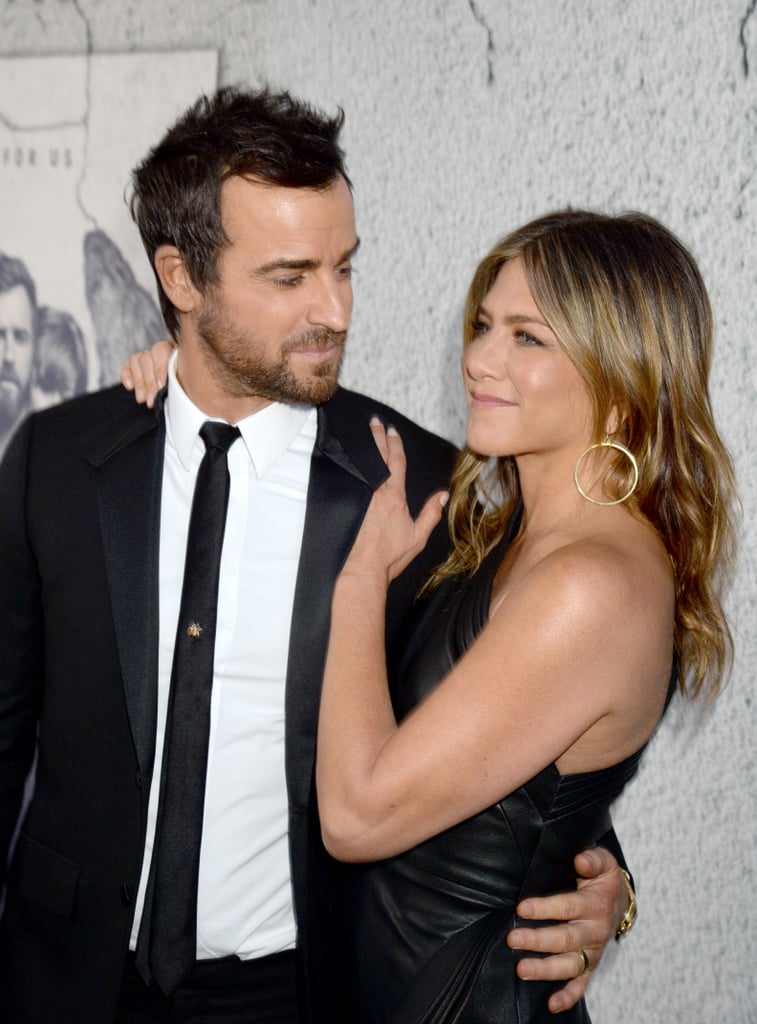 Jennifer Aniston and Justin Theroux made a striking pair when they attended HBO's season three premiere of The Leftovers in LA on Tuesday night. The couple, who recently rang in Jennifer's 48th birthday in Mexico, held hands and flashed sweet smiles as they walked down the red carpet in their matching black ensembles. Justin's show returns to HBO on April 16, though for some, it's bittersweet as it is also the final season. The third season finds the Garvey family relocating again, this time to Australia, but some of it will also take place in Texas.

Just last week, Justin attended CinemaCon in Las Vegas, where he not only promoted his latest project, The Lego Ninjago Movie, but also dished on Jennifer's special birthday celebration in Cabo. "We do special things. I did a little night for her birthday where we went to a special dinner and had a piñata," he revealed.