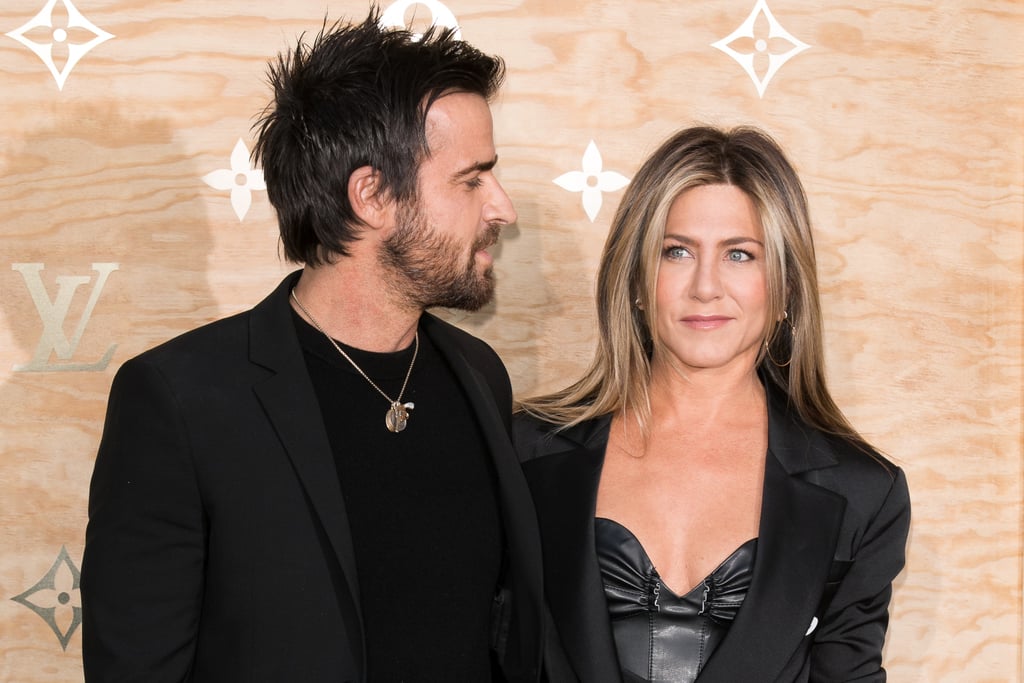 Jennifer Aniston and Justin Theroux joined stars like Cate Blanchett, Chloë Sevigny, and Michelle Williams at the Louis Vuitton Masters: A Collaboration With Jeff Koons dinner at Musee du Louvre in Paris on Tuesday. The couple stuck to their signature matching all-black looks (with a bit of leather mixed in!) as they posed for red carpet photos at the event, which also brought out model Miranda Kerr and creative director Nicolas Ghesquière and marked the launch of Louis Vuitton's new collection with the esteemed artist. Justin also shared a photo of the pair in a lift on Instagram that he captioned, "In Louvre."

We recently saw Jen and Justin at the premiere of the third and final season of his HBO series, The Leftovers, in LA last week; they, again, coordinated their looks in sleek back ensembles. Justin also opened up about the Cabo getaway they took for Jen's 48th birthday. "We do special things. I did a little night for her birthday where we went to a special dinner and had a piñata," he said, and poked fun at his wife's diet by adding, "Actually, we didn't put anything in the piñata. We had a piñata and didn't end up smashing it. What are you going to put in it? Kale? She doesn't eat candy!"