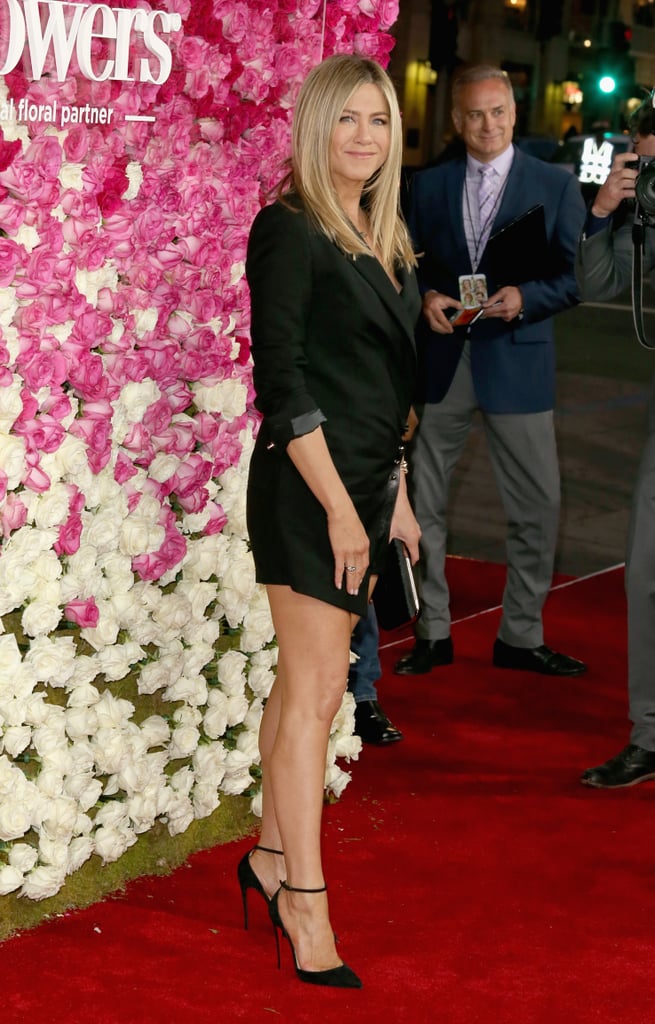 Jennifer Aniston attended the premiere of her latest film, Mother's Day, in LA on Wednesday, showing off a whole lot of leg. On top of flashing her megawatt smile, the actress looked to be in good spirits as she struck a handful of gorgeous poses for photographers on the red carpet. While Jennifer arrived solo, she linked up with former costar Bailee Madison, whom she starred alongside in 2011's Just Go With It, at the event. Although Jennifer's other half, Justin Theroux, wasn't in attendance, we did catch his supersexy outing over the weekend.

In the film, Jennifer plays a single mum named Sandy, whose ex-husband has just left her for a younger woman named Tina (played by Shay Mitchell). Keep reading for more of Jennifer, and then check out the trailer for the film before the movie hits theaters on June 10.