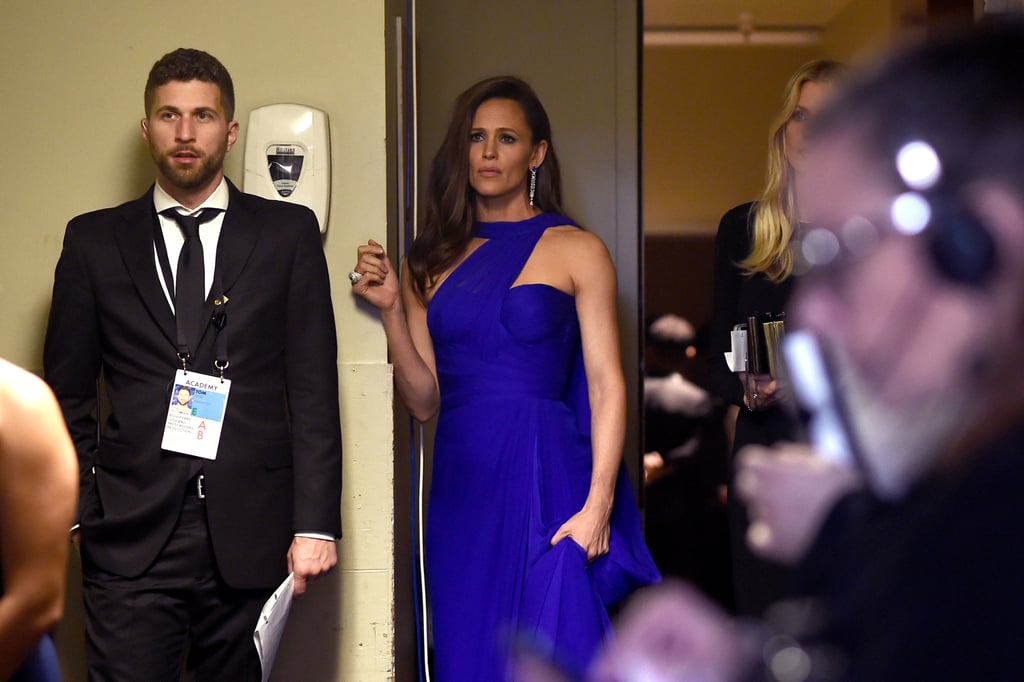 What Was Jennifer Garner Thinking in This Oscars Reaction Shot? The Question Will Keep You Up

Jennifer Garner gave us the Oscars meme we never saw coming. The 45-year-old actress appeared at the big award show to present the in memoriam segment in a bright Atelier Versace gown. While simply enjoying the show, however, Jennifer had some sort of stop-you-in-your-tracks epiphany that was caught on camera and then tweeted by Jezebel writer Bobby Finger before going viral.

What realisation did Jennifer Garner just come to? pic.twitter.com/pWtycEDEVs

Now, the internet is demanding answers. Since we don't entirely know what was running through Jennifer's mind just yet — we're looking at you, late-night hosts — people online threw out some possibilities. Had she forgotten to thaw out some chicken for dinner? Was she trying to remember if she blew out that candle before leaving the house? Explore some options ahead.

Related:
Help, I Can't Stop Staring at These Stunning Photos of Jennifer Garner at the Oscars
Previous Next Start Slideshow
Award SeasonMemesOscarsTwitterJennifer Garner
Around The Web