Are you paying attention? Jennifer Garner has some very serious news to share: "I have written my first and probably only book. It's a real labour of love, and I go places I never thought that I would go — but I do." The actress announced that she is making her literary debut with Bless Your Heart, an in-depth memoir with a forward written by her therapist. Jennifer delivered the exciting news in an Instagram video on April 1.

Related:
50 Times Following Jennifer Garner on Instagram Was the Best Decision of My Adult Life

Wait a second . . . April 1? Dammit. It appears Bless Your Heart is in fact a casualty of April Fools' Day, and we won't actually be able to learn about all the places Jennifer went to in the writing process. While we should have been thrown off by the uncharacteristically serious book cover, as well as the forward by her therapist, she seemed so genuine in the video that we were really fooled at first. Well, she is an actress, after all. 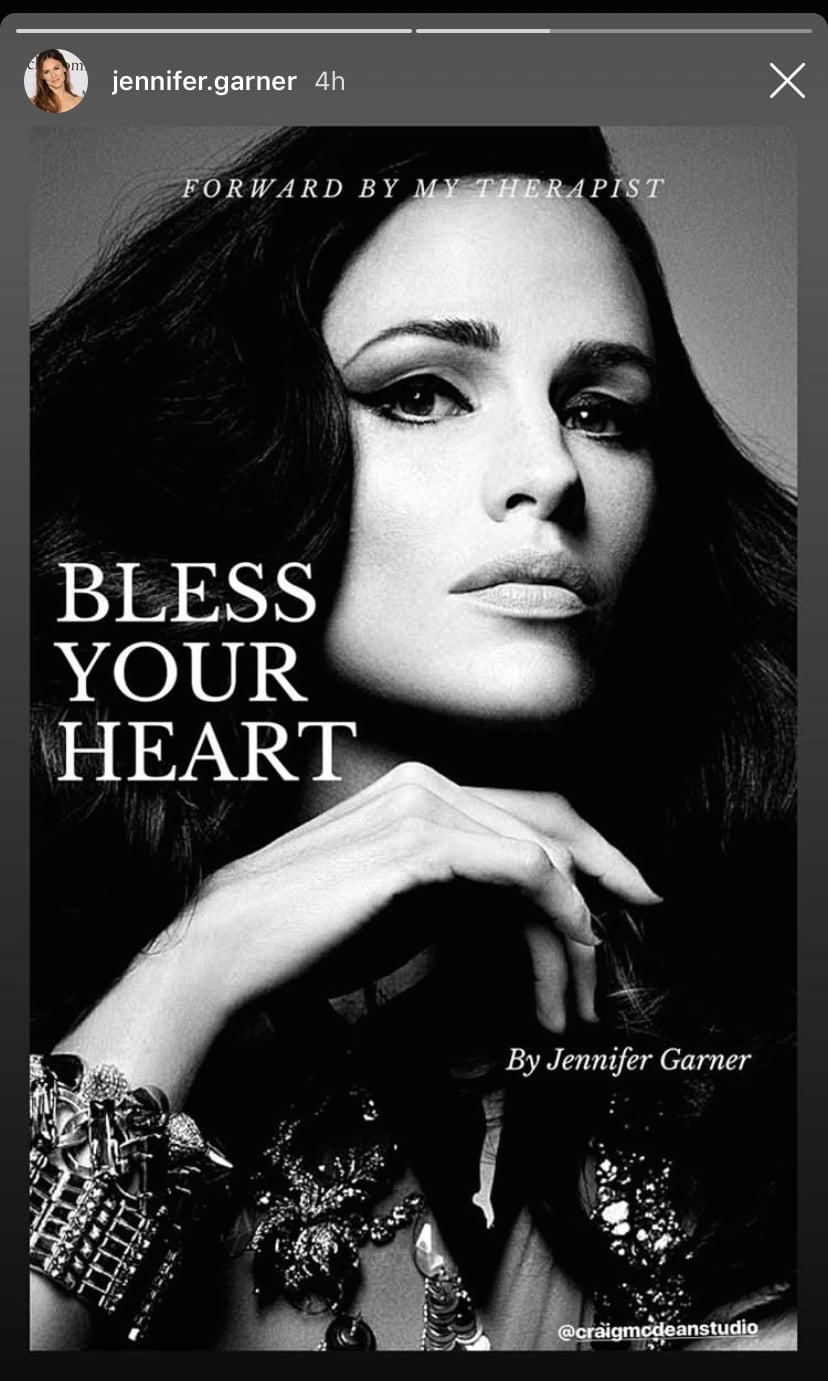