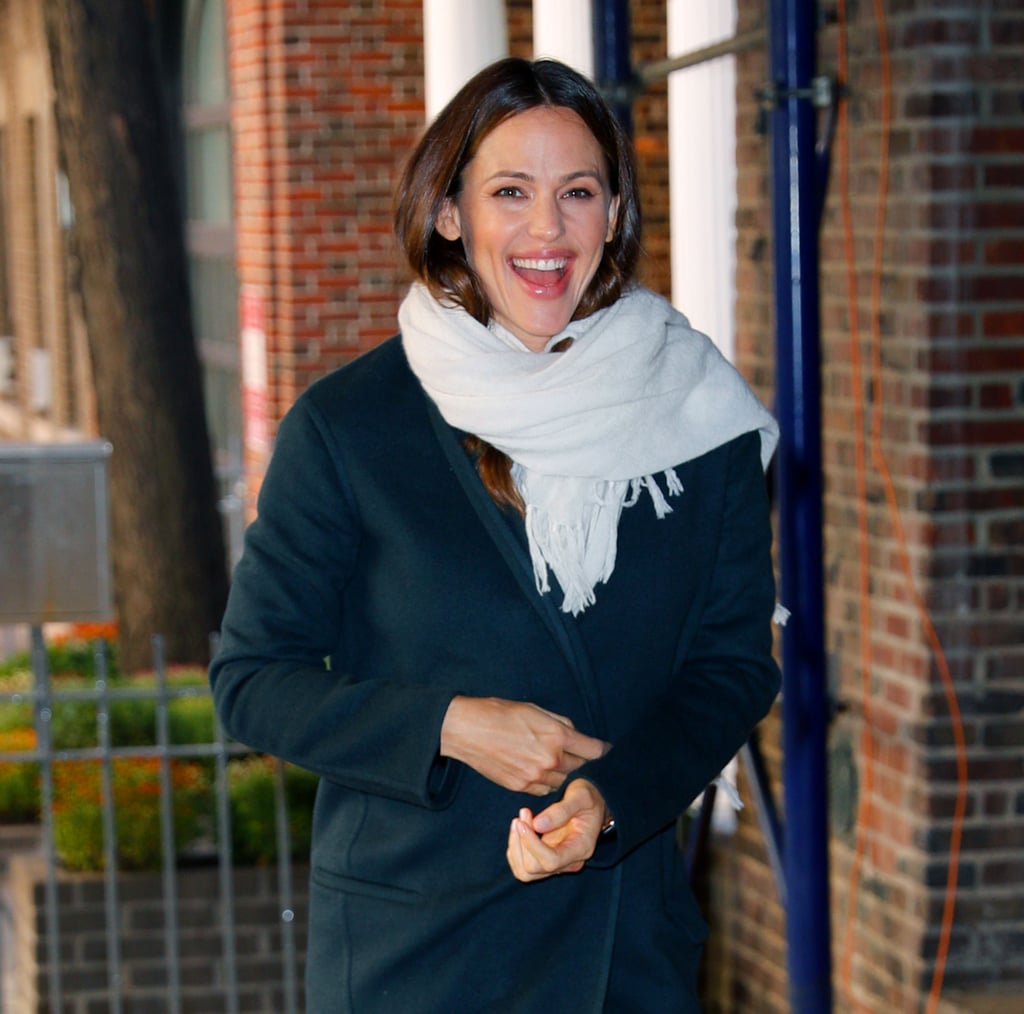 Jennifer Garner looked like a ray of sunshine when she stepped out to attend the Fast Company Innovation Festival in NYC on Oct. 25. Bundled in a green coat and a cosy scarf with black heels, she made her first appearance since we found out about her new romance with businessman John Miller. By the looks of it, Jennifer is in a good place as she moves on after finalizing her divorce from Ben Affleck.

Although Jennifer and Ben announced their split in 2015, the two have remained supportive of each other. Jennifer refused to leave Ben's side during his battle with addiction, and Ben is reportedly encourageing of Jennifer getting back in the dating game. According to an Us Weekly source, Ben "will always be supportive of any decisions she makes and ultimately just wants her to be happy."

Another source told the publication that Jennifer and John have been quietly dating for six months, adding, "Jen brings out the best in John, and he is the happiest he has probably ever been. It's a loving, healthy relationship." While we patiently await their first public outing together, get to know more about the tech CEO who swooned Jennifer.

Previous Next Start Slideshow
Jennifer Garner
Around The Web

Cornbread
Jennifer Garner and Her Mom Share the Family's Staple Cornbread Recipe: "It Tastes Like Home"
by Karenna Meredith 29/7/20

Archie Mountbatten-Windsor
Meghan Markle Was Shamed Over a Video of Archie, but Jennifer Garner Will Have None of That, Thanks
by Alessia Santoro 09/5/20