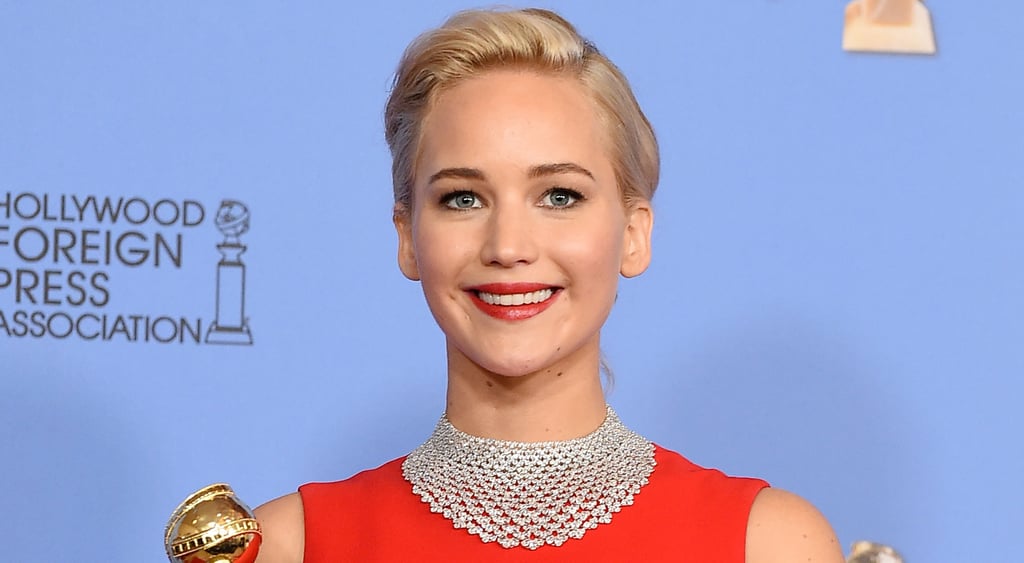 Jennifer Lawrence attended the Golden Globes on Sunday night in LA. Throughout the course of the evening, the starlet delighted in a hilarious bit with Amy Schumer, plus a truly sweet acceptance speech. But that's not all. When Jennifer answered questions backstage in the press room, she dropped even more funny quotes; we're talking more than just that sassy call-out of a press reporter. Keep reading to see what she said, then check out her serendipitous reunion with her ex Nicholas Hoult.