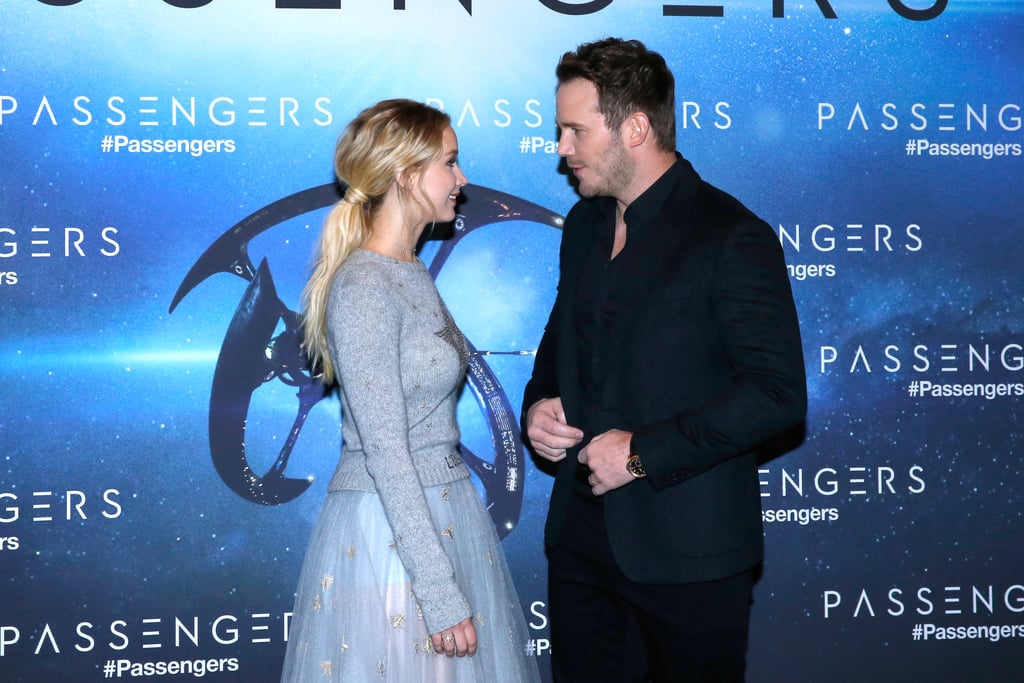 When Jennifer Lawrence isn't worrying about her vagina turning into a wet sponge, she's busy being one of Hollywood's most in-demand and down-to-earth actresses. Her lovable personality was on full display on Tuesday when she hit the red carpet with her equally endearing Passengers costar Chris Pratt at an event in Paris for their upcoming sci-fi romance. The pair, who have gotten along famously ever since filming began, couldn't help but giggle as soon as they laid eyes on each other while posing for photos at the Hotel George V. Were they joking about Chris's lung fetish? Or maybe why he and wife Anna Faris make Jennifer feel so miserable all the time? Either way, we're incredibly jealous of their friendship.