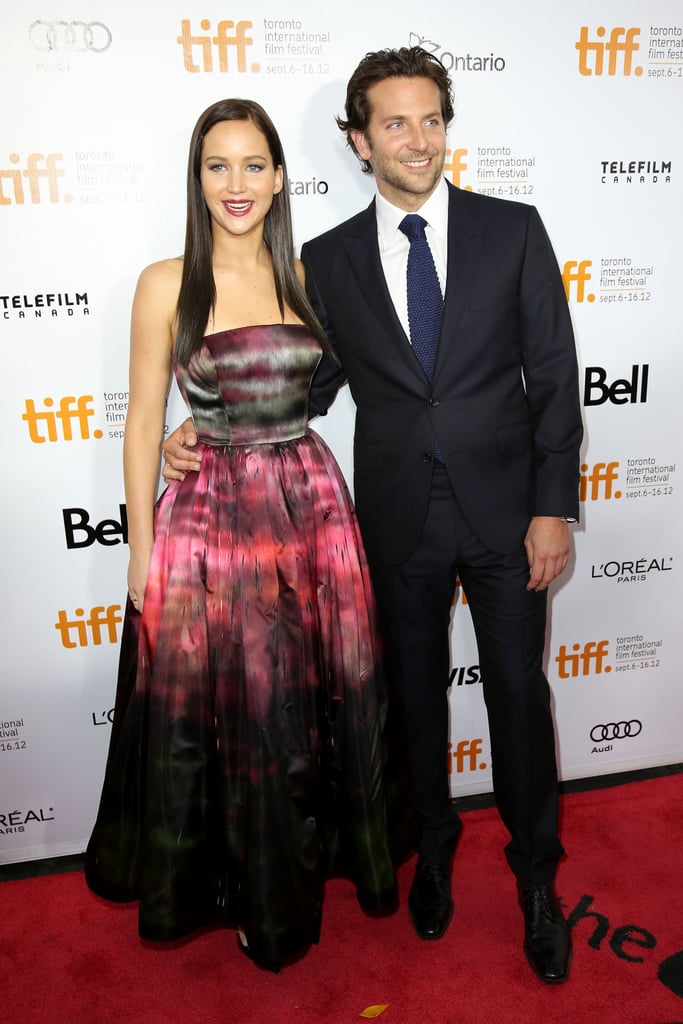 Jennifer Lawrence, in a dramatic Dior Couture gown, and Bradley Cooper teamed up in Toronto to show off Silver Linings Playbook at the city's film festival tonight. It was Bradley's second red carpet at the event after premiering The Place Beyond the Pines with Ryan Gosling yesterday. Jennifer made an appearance at that screening as well to show her support for her costar. She's sporting darker hair for her role as Katniss in the second installment of The Hunger Games, which she'll start filming next week. Sam Claflin was recently added to the cast, as was Jeffrey Wright.