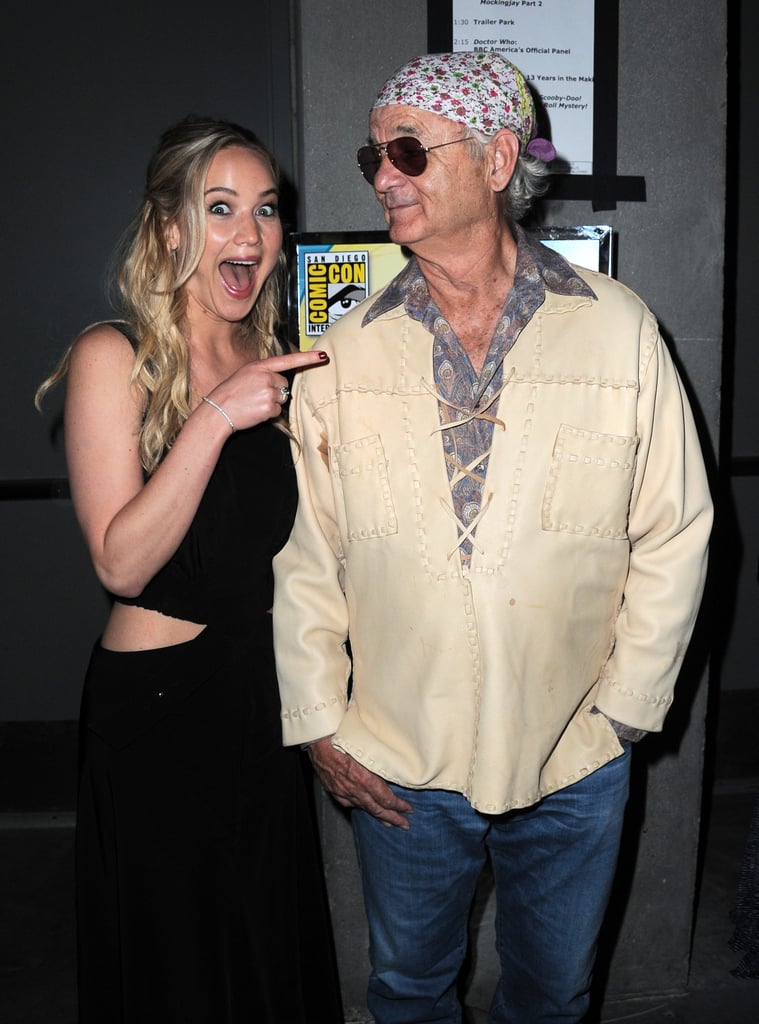 Jennifer Lawrence may be the star of the massively popular Hunger Games franchise, but she also knows what it's like to fangirl over someone. The actress had a hard time controlling herself on Thursday when she ran into Bill Murray backstage at Comic-Con in San Diego. Jennifer, who also made a memorable appearance at last year's Comic-Con, couldn't help but point and make hilarious faces while standing next to the actor after he showed up unexpectedly. She did, however, manage to pull herself together long enough for one smiling photo.

The funny encounter came just minutes before Jen took the stage to join her castmates from The Hunger Games: Mockingjay — Part 2 for a Q&A session about the franchise's final film. After the panel, Jennifer attended a press conference and addressed the funny celebrity run-in, saying: