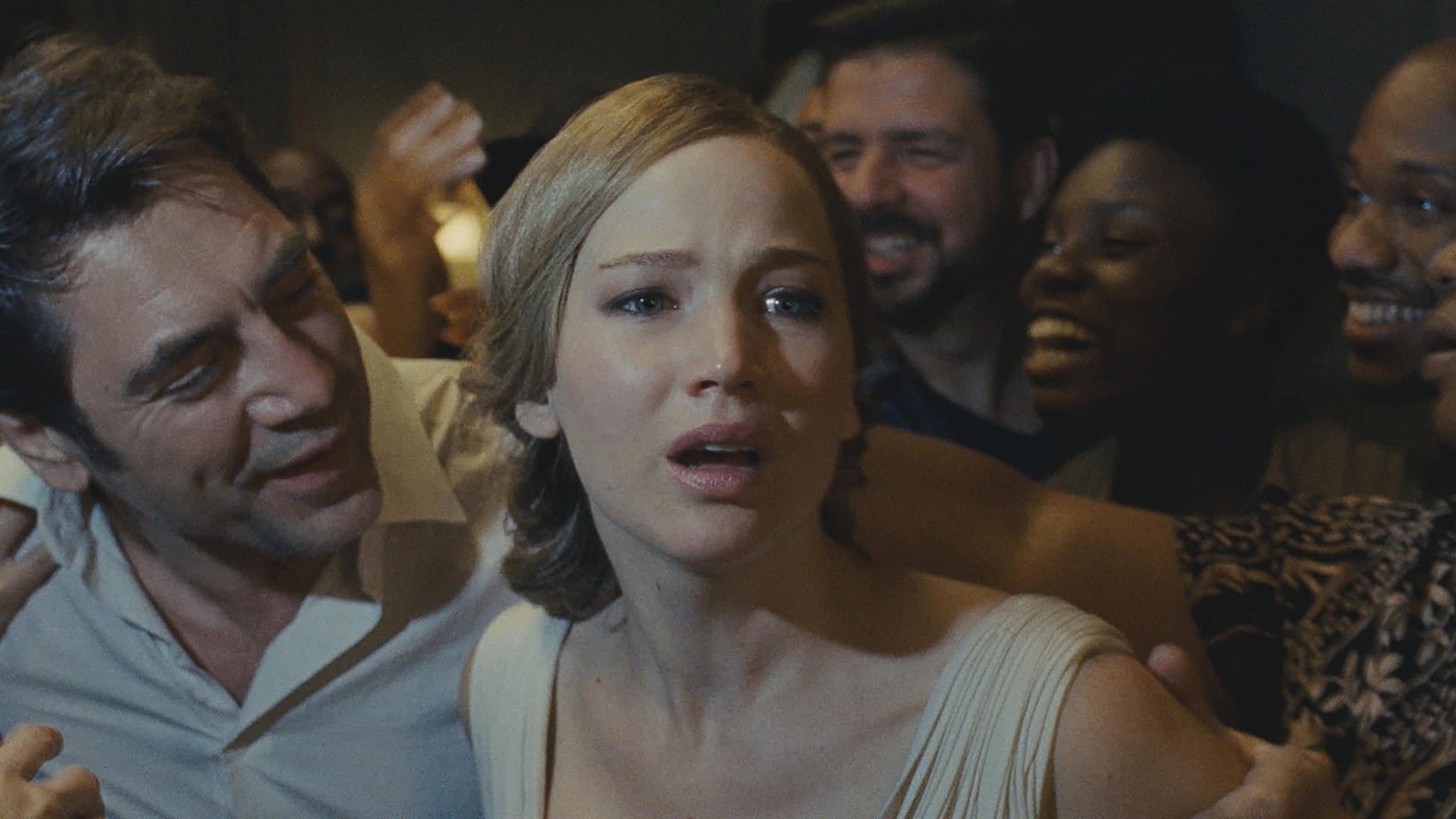 Darren Aronofsky's upcoming film starring Jennifer Lawrence, Mother!, has been shrouded in mystery since its marketing campaign began, but at this year's Toronto International Film Festival, the shroud has been pulled off, and the director and cast are talking about the creepy drama. I won't give too much away here, but just know that Lawrence described her experience of playing the character of mother as "painful" at the film's premiere and Q&A following the screening. Once you see the film, you'll know exactly the many ways in which Lawrence experienced pain as the title character, and it's an experience it sounds like she never wants to have again.

Related:
Jennifer Lawrence Rips Her Heart Out in the Poster For Darren Aronofsky's New Movie

When she was asked what the most difficult scene to film was, Lawrence replied, "Probably the one you can imagine," which she didn't want to spoil by describing. She elaborated (which will make sense once you see the movie), "I woke up to a 'surprise' and ran down the stairs." She then expanded on how she personally felt in the traumatic scene. "That was that worst feeling I've ever had in my life. That was awful. And I don't know if I would do a movie that made me feel that way ever again."

Lawrence seems to have no ill will toward her director (whom she is currently dating), but she sounded resolved not to put herself in the same psychological position again, adding, "I did it; I'm done."