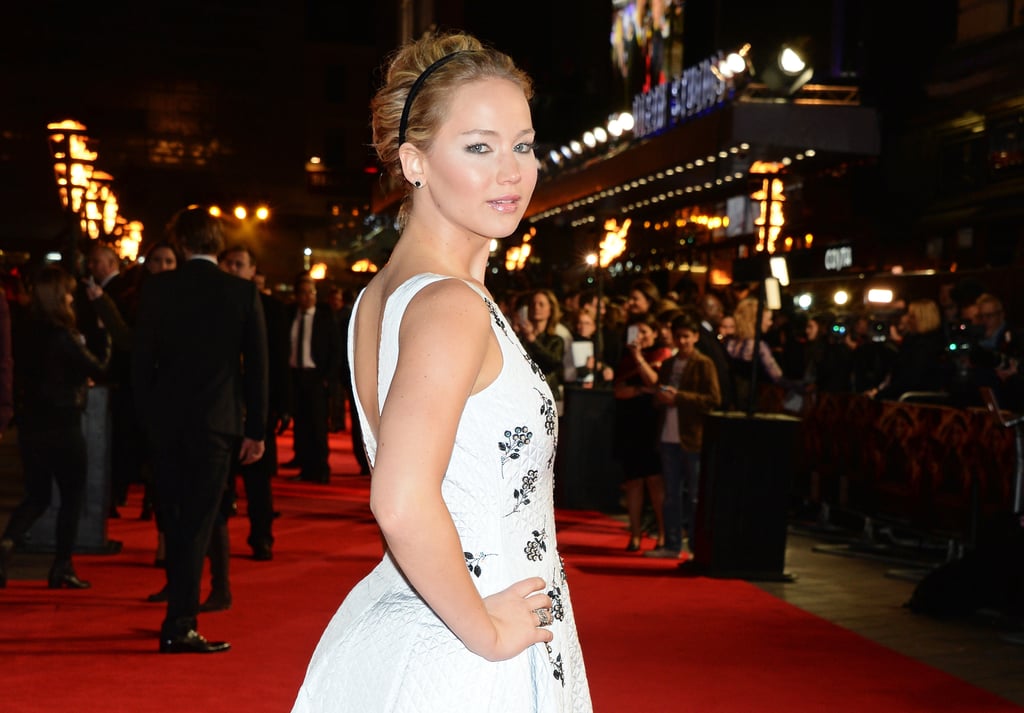 Jennifer Lawrence, Julianne Moore, and Elizabeth Banks stunned on the red carpet at the world premiere of The Hunger Games: Mockingjay — Part 1 in London on Monday. The ladies were all smiles while posing for photos in their glamorous gowns; Julianne kept things sleek in a black long-sleeved number while Jennifer went for a white waterfall-hem dress and Elizabeth turned it out in a truly incredible Elie Saab number.

Josh Hutcherson also hit the red carpet with his costars despite battling a case of strep throat over the weekend — both he and Jennifer came down with the bug, and Josh had to miss promo duties at a London photocall as well as an appearance on the German talk show Wetten, dass . . ? on Saturday. Also on hand for the big night were Donald Sutherland, Jena Malone, Natalie Dormer, Sam Claflin, and Lorde, who contributed three songs for the movie's soundtrack. Keep reading for photos from the world premiere of The Hunger Games: Mockingjay — Part 1, and be sure to check out the fiery final trailer for the movie before its Nov. 21 release.