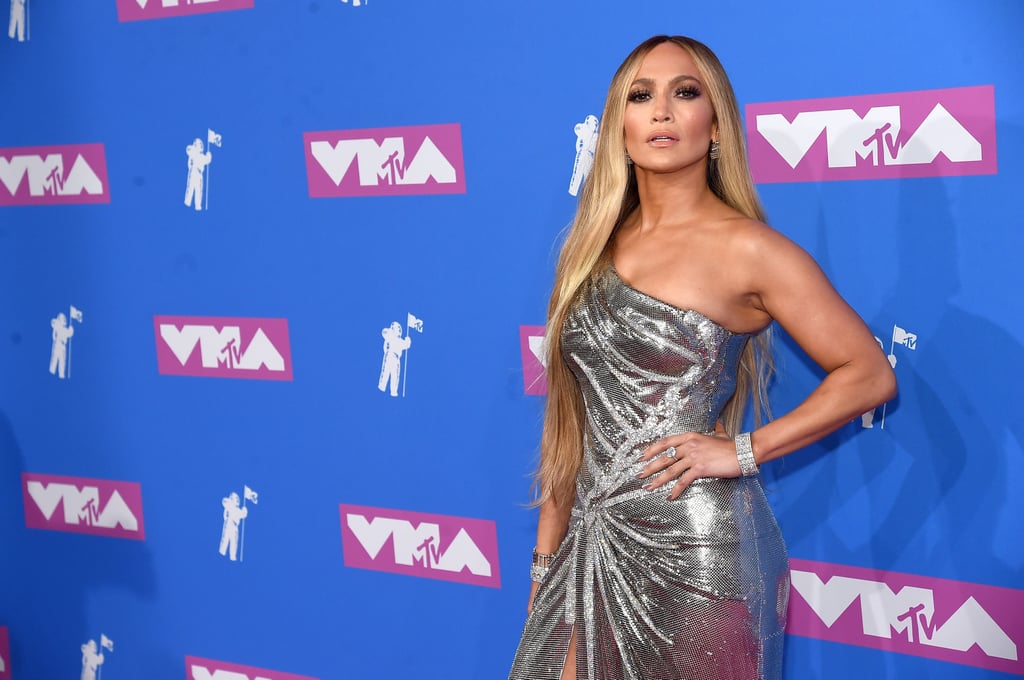 The guest of honour has finally arrived! On Monday, Jennifer Lopez dropped jaws when she showed up to the 2018 MTV VMAs in NYC in a one-shouldered silver masterpiece with a high slit. The 49-year-old singer was accompanied by boyfriend Alex Rodriguez, and the two looked so in love as they walked the VMAs carpet.

It's a big night for Jennifer; in addition to being nominated for best collaboration and best Latin video for "Dinero" featuring Cardi B, Jennifer will be receiving the coveted Michael Jackson Video Vanguard Award. Jennifer will join the ranks of past recipients including Madonna (1986), Janet Jackson (1990), Justin Timberlake (2011), Beyoncé (2014), Kanye West (2015), and Rihanna (2016). Jennifer will also be performing on the VMAs stage for the first time since 2001. Congrats to Jennifer!

Hair
Jennifer Lopez Just Debuted a Pixie Cut and, No Surprise Here, She Looks Fierce as Hell
by Jessica Harrington 2 weeks ago