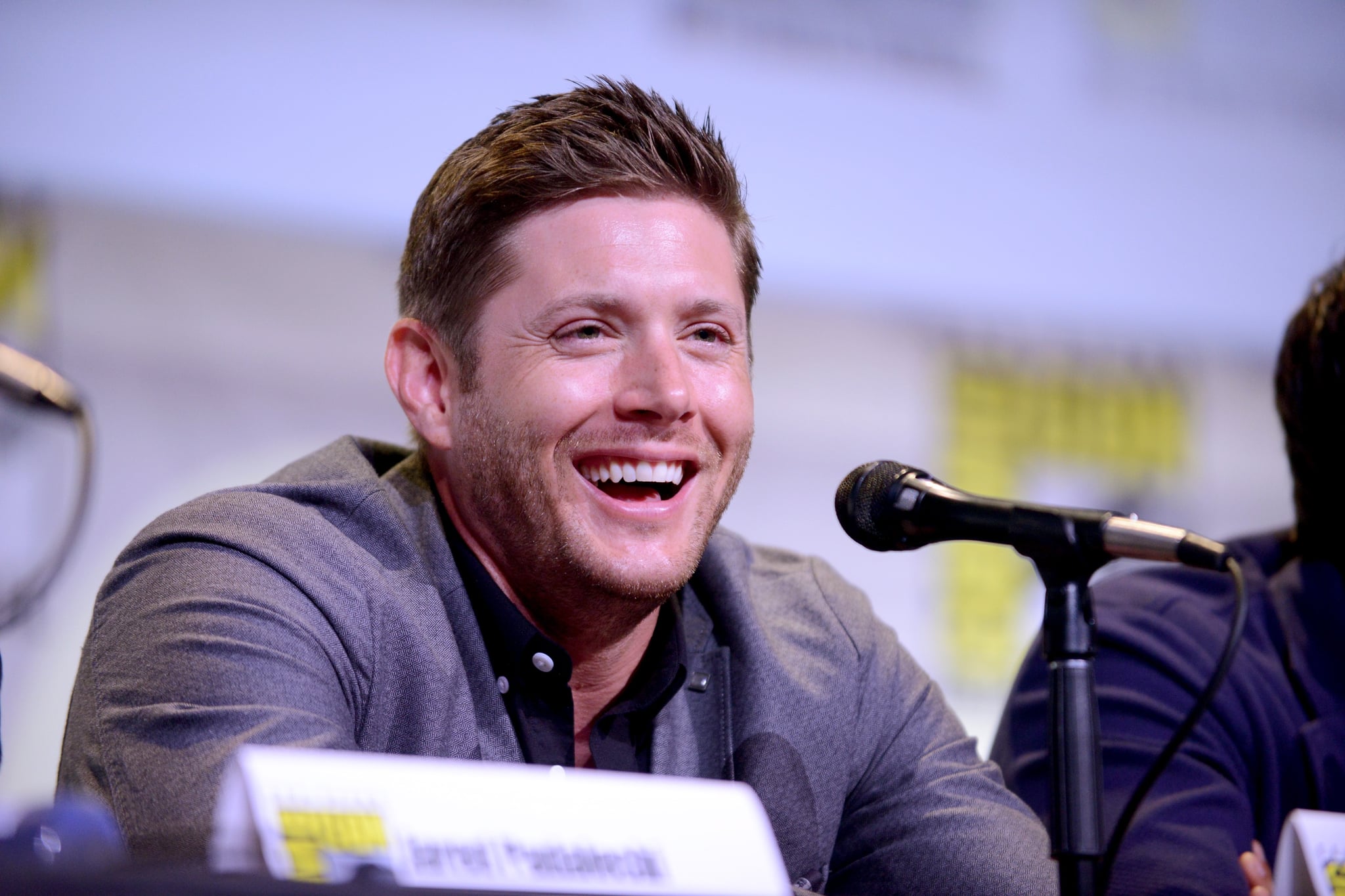 On Sunday, the final day of Comic-Con descended on San Diego, and the Supernatural panel took place as part of the festivities. We got so many goodies during the event, from the slew of season 12 details to a sweet quote about Sam Winchester from Jared Padalecki. The real fun, though, happened during the fan Q&A, where one inquirer asked if there could ever be a Supernatural spinoff starring Jensen Ackles and Jared Padalecki's kids. The whole panel seemed amused by the idea, but it was Jensen who put himself in charge of providing an answer. See his telling quote below — complete with a Supernatural reference that hardcore fans will totally love.

"They're already kind of a gang as it is. As some of you know, Jared has two sons, and I have a daughter. And, the other day, my daughter was talking about his two boys. I was like, 'Are they your friends?' And she goes, 'Nah, they're my boys.' She's just turned 3. So, we might not have a choice in the matter. They might just be doing whatever they're going to do. And I assume that, you know, they're going to want to stay in the family business."

For the record, Jared Padalecki chimed in with, "Yeah, I agree with that." To get a sense for the stars' little "gang," we've got a few Jensen Ackles dad snaps and some cute Jared Padalecki family snaps as well!