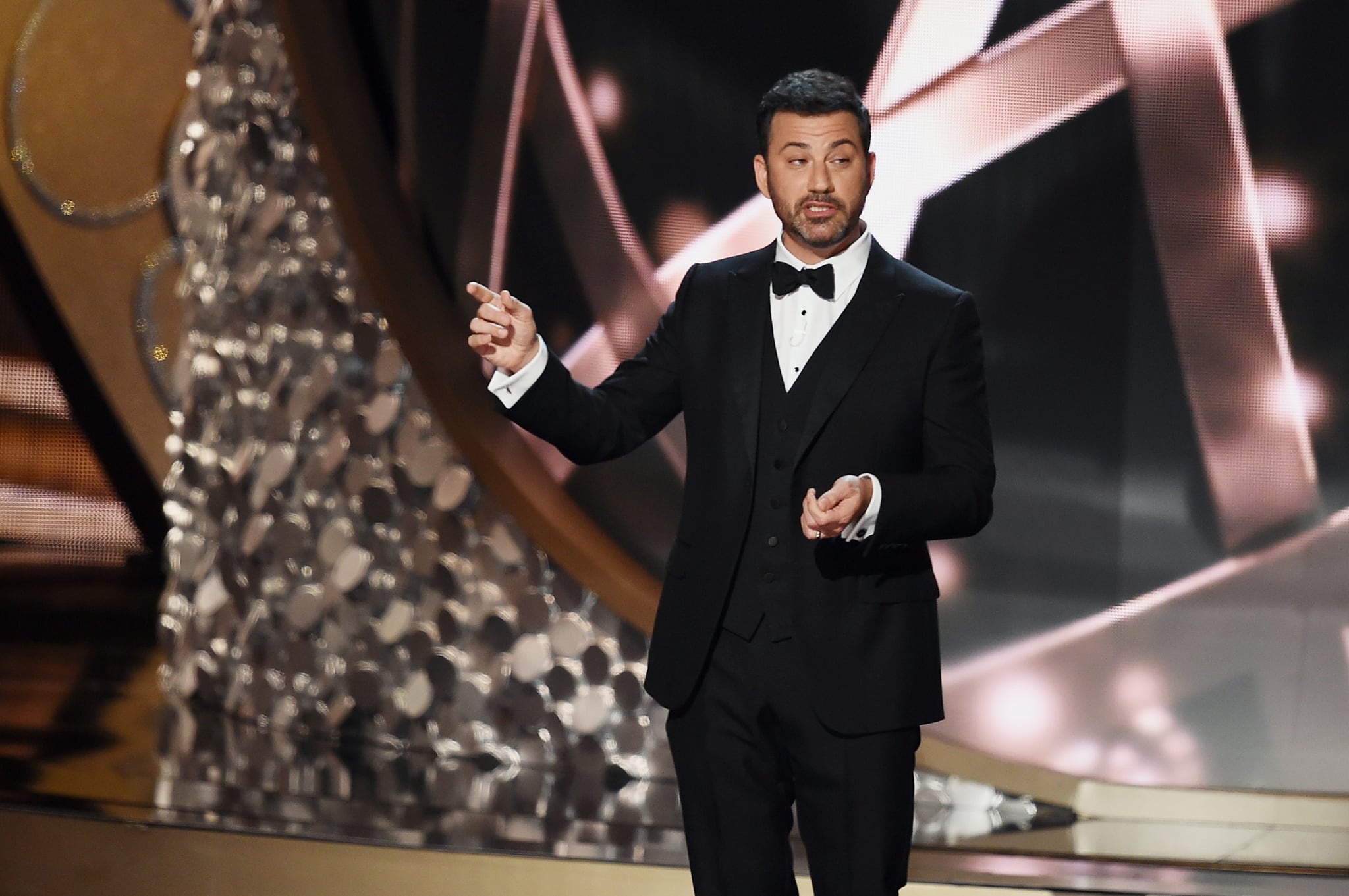 While sometimes attending award shows can make you a target for some mean-spirited hosts, the 2016 Emmy Awards audience was in safe hands with Jimmy Kimmel. This year's host did crack wise about some of the high-profile people up for awards, but for the most part, his opening monologue was pretty tame. Though at times he may have made things a little awkward (Bill Cosby humour, anyone?), everything was in good fun. Here are Kimmel's best quotes from the whole show — plus a note from Kimmel's mum.