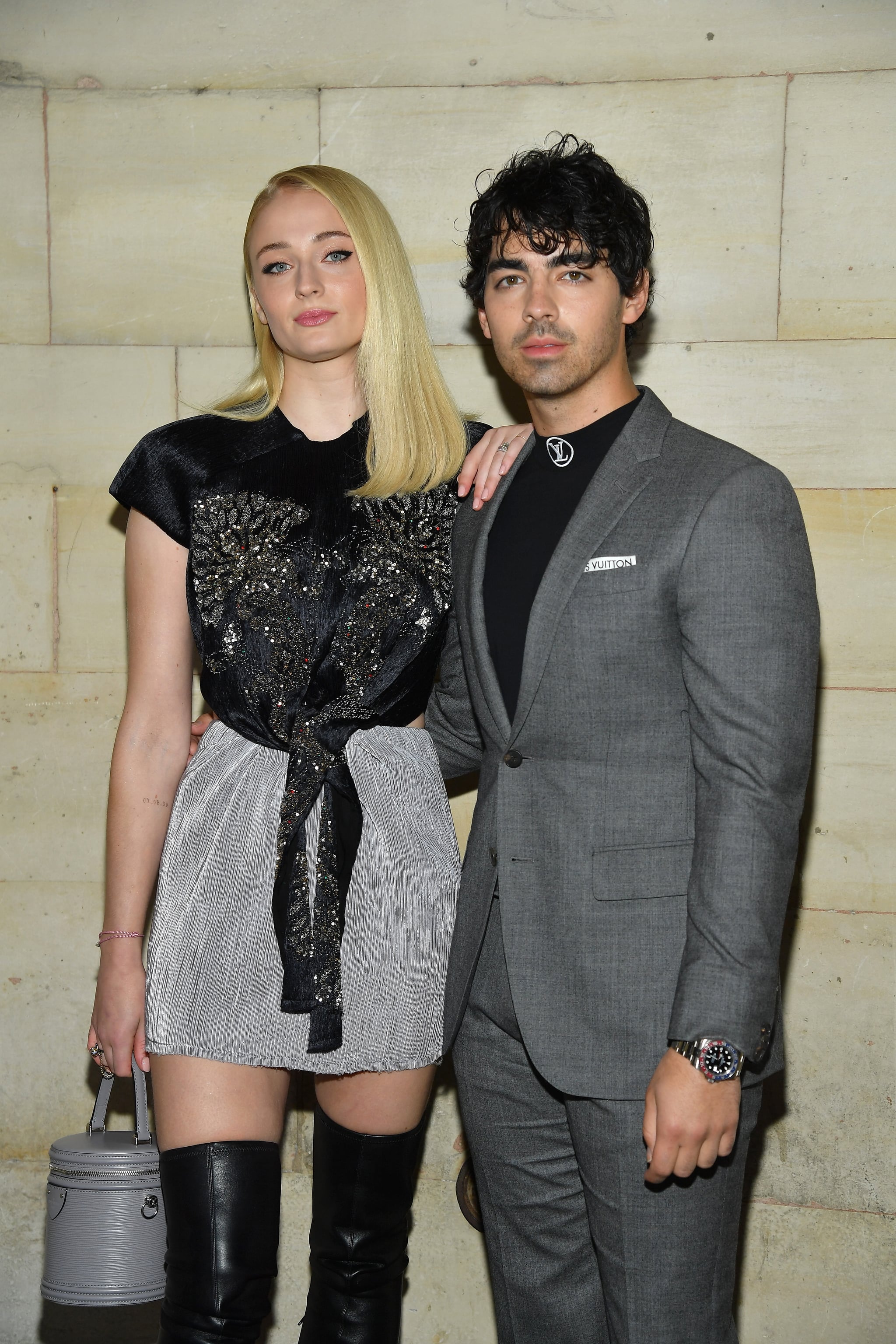 Joe Jonas and Sophie Turner are currently mourning the loss of their dog, Waldo. The couple's Alaskan Klee Kai pup reportedly died after being hit by a car in NYC earlier this week. Even though the pair have yet to comment on the matter, Joe's rep described the event as a "freak accident."

Sophie first introduced their beloved pet in April 2018, when she shared a photo of Waldo with the couple's other dog, Porky. The two dogs recently joined Joe and Sophie for their wedding in France, and even sported tuxes with the rest of Joe's groomsmen.

Celebrity Tattoos
Does Joe Jonas's New Neck Tattoo Look Like Sophie Turner, or Are My Eyes Deceiving Me?
by Karenna Meredith 14/10/20