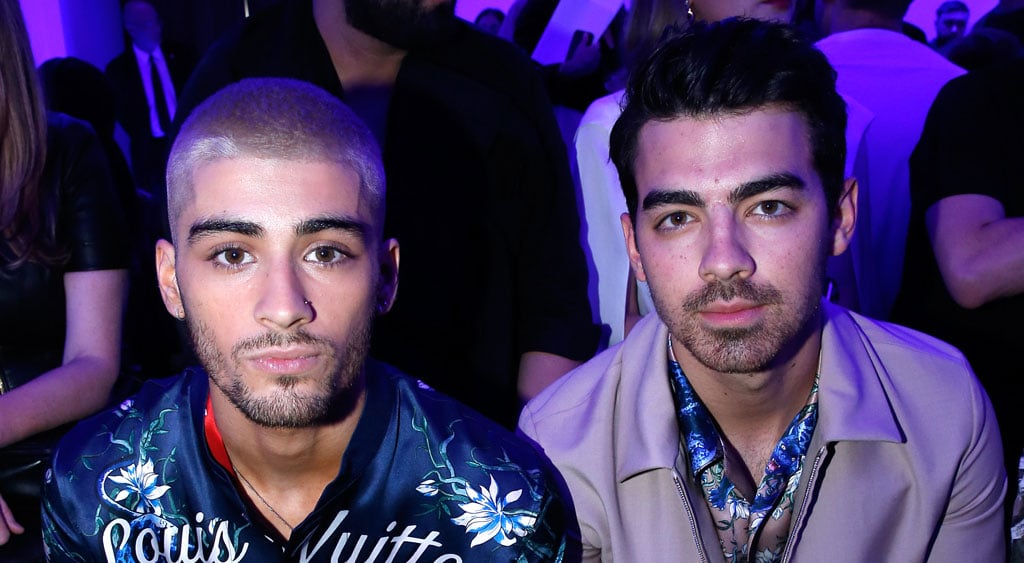 Joe Jonas dated Gigi Hadid for roughly five months back in the Summer and Autumn of 2015, and now he's finally opening up about their breakup. In an interview with the Daily Mirror, the DNCE singer reveals that he didn't take too kindly to her jumping straight into a new relationship with former One Direction member Zayn Malik so soon after they split. In case you need a refresher, the supermodel stepped out with Zayn (and appeared in his sexy music video for "Pillowtalk") just a few weeks after breaking up with Joe. "I think it's interesting that she moved on so quickly," Joe said. "I mean, it was definitely very quick."

Joe, who was spotted hanging out with Zayn at Paris Fashion Week in June 2015, also said that he doesn't pay attention to people calling out similarities between him and the "iT's YoU" singer. "It's comical that I'm compared to him," he continued. "That dude and I have been compared for years, I think it's just funny. To be honest I haven't really listened to his music, but he can sing well." Check out the complete Jonas brothers' dating history, and then see all of Gigi and Zayn's cutest moments together.