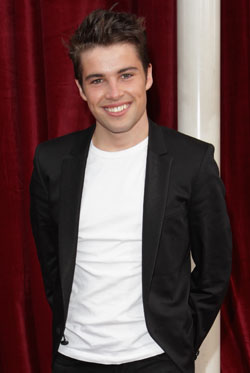 Joe McElderry has spoken about his sexuality following speculation on Twitter. Hackers broke in to his account and "outed" him, leading Joe to say:

"I was really angry at first - thinking, 'How dare they hack me'? But after a while I looked at the message and thought, 'Well, they're not that far from the truth'. I think the Twitter thing was the point when I realised I was gay. I just looked at it and thought, 'Should I be more bothered about this'? Because I wasn't, that's when it clicked and I thought maybe I was. It was a turning point, definitely."

Simon Cowell has given The X Factor winner his support. Joe is working with Simon on his album, and has meetings in LA with Disney.