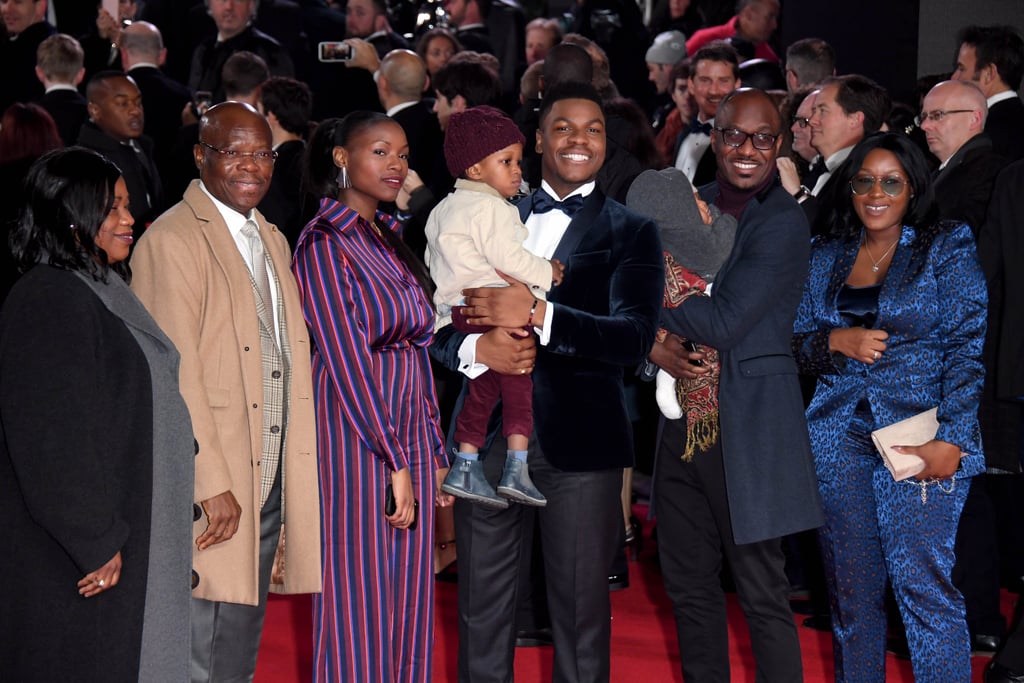 John Boyega's Family Joined Him at the Star Wars Premiere, and His Cute Nephew Stole the Show

John Boyega was nothing but smiles on the red carpet at the European premiere of Star Wars: The Last Jedi, which took place in London on Wednesday night. Clearly excited to be back on home soil, the British actor was joined by more than half a dozen members of his family, including his "very proud" parents Samson and Abigail, who the star was keen to introduce to everyone during the night.

The premiere may have been attended by royalty, but it was John's nephew JJ who really stole the show. After looking a bit disinterested during the group photos, the adorable little boy was picked up by John, who cuddled and kissed him as the family continued to pose for the cameras, making him the star of the show. Could he follow in the footsteps of his uncle and become a star? Perhaps not, judging by his unimpressed look (Prince George, eat your heart out)!