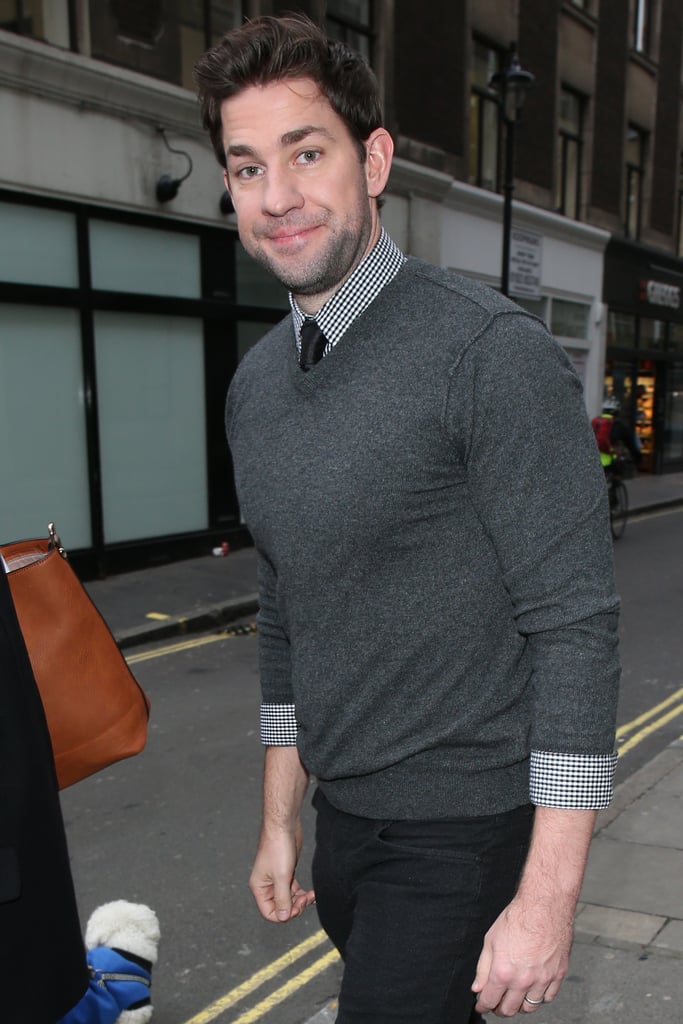 John Krasinski Tries to Cover Up His Bulging Biceps With a Thick Jumper, Fails

John Krasinski decided to take his bulging biceps and shredded abs on an exciting trip to London this week, where he was spotted taking an afternoon stroll on Thursday. The actor, who got in serious shape for his role in Michael Bay's 13 Hours: The Secret Soldiers of Benghazi, looked as handsome as ever in a grey sweater and checked shirt while he happily stopped to take photos with fans on the street. Keep reading to see more photos of John's cute outing, then listen to his hilarious story about sitting at the same table as Leonardo DiCaprio at the Golden Globes.