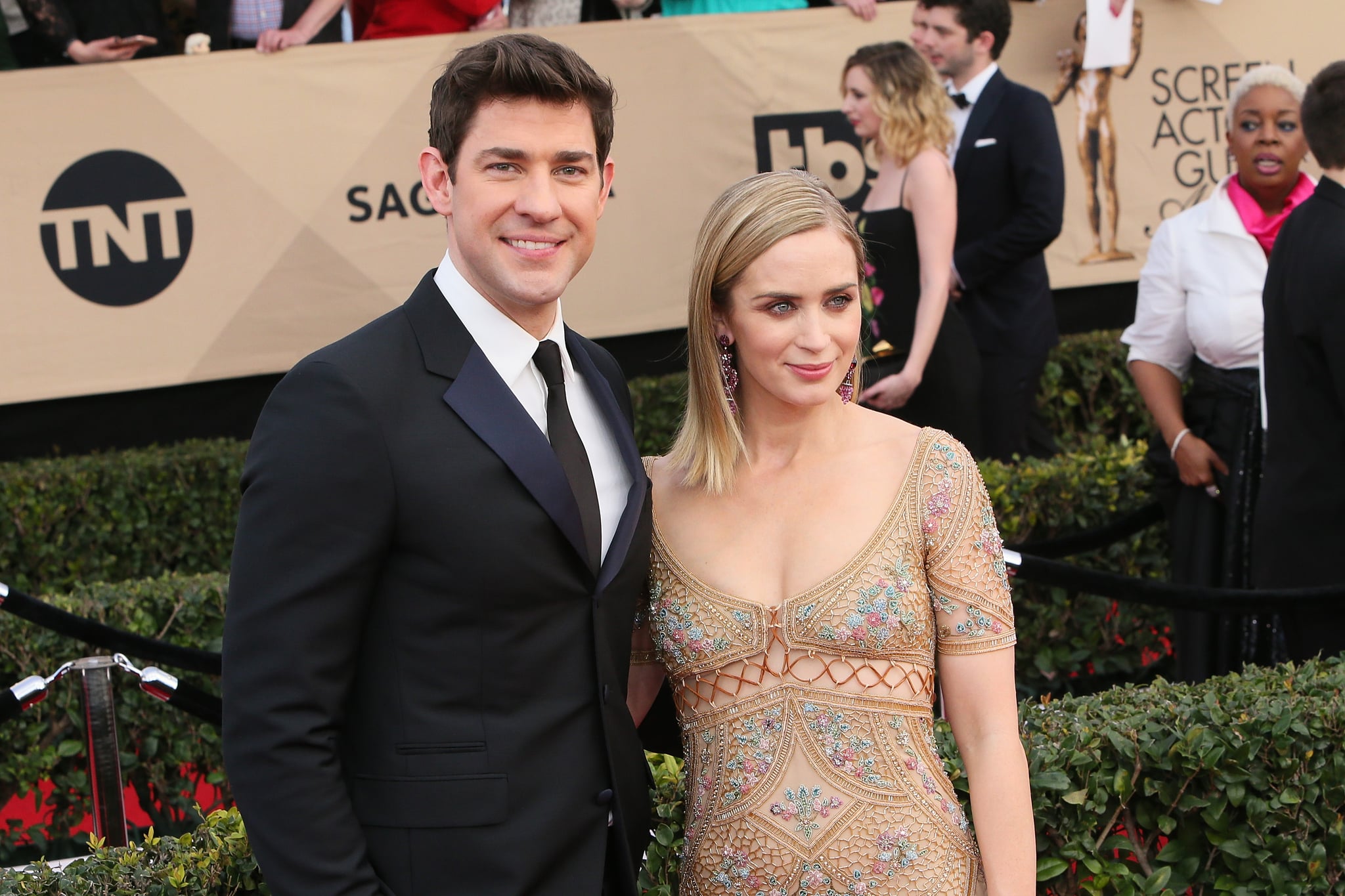 John Krasinski looked too sweet with his wife Emily Blunt at the SAG Awards, but it was his speech during the ceremony that really made us swoon. While presenting the award for outstanding female actor in a supporting role, the actor gave a sweet shout-out to women everywhere in light of the Women's March. "As a father, and as a husband and as a human being, I am inspired by women every day," he told the crowd. He certainly wasn't the only celebrity to take a political stand during the show. Not only did Ashton Kutcher unapologetically call out Donald Trump's immigration ban, but Stranger Things' David Harbour dedicated his entire speech to acceptance and unity.