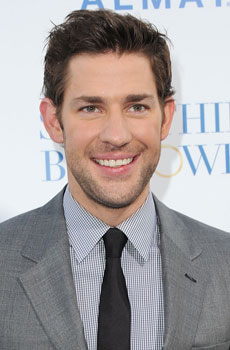 Ready to go inside the Chateau Marmont? John Krasinski and Aaron Sorkin are teaming up for a new HBO miniseries called Life at the Marmont. The series will be based on the book by the same name, written by the hotel's co-owner Raymond R. Sarlot and Fred Basten.

The series will follow different stories chronicling some of the guests who have stayed at the hotel over the years. Sorkin will executive produce and write the script, while Krasinski is expected to star in addition to acting as executive producer. I'm already excited about this series, and not just because I happen to love both Sorkin and Krasinski. The Chateau has been a site for Hollywood's A-listers to see and be seen for decades, and I'm sure there are plenty of intriguing stories to tell. Plus, Krasinski seems pretty well connected in Hollywood, so I'm sure he'll be able to put together a talented cast.